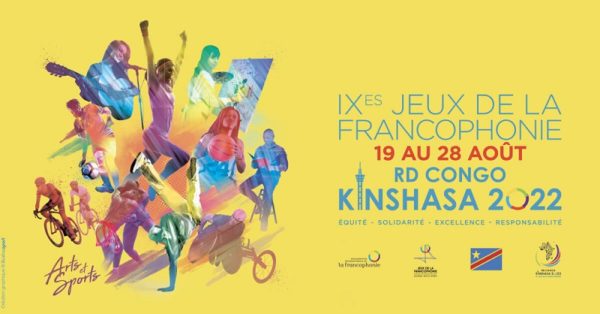 With just over seven months to go before the event, time is running out for the Democratic Republic of Congo (DRC), the host country of the 2022 Games of La Francophonie in Kinshasa (19 to 28 August). The work has been delayed enormously, mainly because of a change of leaders in the organising committee and suspicions of embezzlement in the awarding of certain contracts. But the Congolese authorities are confident. The Minister of Finance, Nicolas Kazadi, took advantage of a press conference at the end of last week to repeat once again that the 2022 Games of La Francophonie would take place in Kinshasa in August. There is no questioning,” he explained, quoted by the Congolese press. I can confirm that we have committed significant budgets, in accordance with the expectations of the mission of the International Organisation of the Francophonie (IOF), to be ready on time and organise these games as planned.” An envelope of 26 million euros has been set aside in a special account dedicated to the sporting and cultural event. It should be used in particular for the athletes’ village. Initially, DRC had planned to build a dozen buildings in Kinshasa to accommodate the participants from the 42 states that had confirmed their presence. But delays in the construction forced the organisers to revise their plans. The village will finally be made up of prefabricated houses. They should be delivered in June, a few weeks before the event.