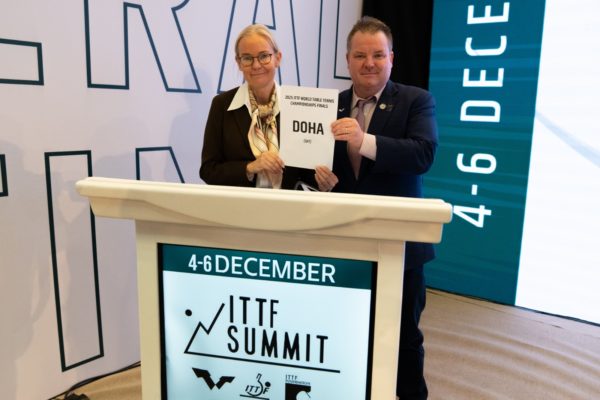 No respite for Doha. At the beginning of the next Olympiad, the Qatari capital will host a new major event on the international sporting calendar. The International Table Tennis Federation (ITTF), which met earlier this week in Amman (Jordan) for its first annual summit, awarded it the right to host the world championships in 2025. Doha was preferred to Alicante, Spain. The ITTF also decided that its General Assembly would be held every year during the ITTF Summit, and no longer in conjunction with the World Championships, individual or team. According to an ITTF press release, the change should “allow organisers and member associations to focus on the players and the competition during the world championships, and concentrate only on the important issues on the agenda during the General Assembly“. Finally, the body chaired by Sweden’s Petra Sörling unveiled its accounts for the year 2022. After two years of pandemic, they are back on the rise. The ITTF has announced record revenues, up by 50% compared to 2019, the last year before the health crisis.