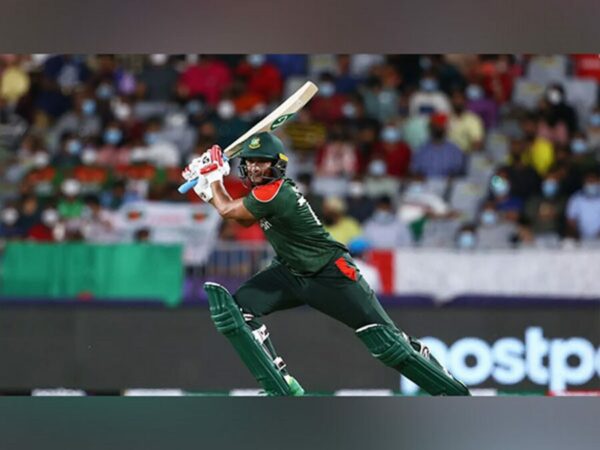 Let it be said: in terms of presence and following on social networks, one international sports federation is crushing the competition. It is leading the pack at a breakneck pace, alone in front, with the others far behind. It is not an Olympian, but it dreams loudly of becoming one before the end of the decade.

For the seventh consecutive year, the BCW Sports agency has analysed the social networking strategies of the international bodies of the sports movement, Olympic or not. It measured their figures – number of followers, daily activity – with accounting manners. Its rankings tell us a lot about the sometimes abysmal gaps between the top of the class and the dunces of the digital age.

The ICC is well ahead of two international federations of the Olympic movement, FIFA (51,433,519) and FIBA (15,545,303), representing two sports – football and basketball – that are far more universal. In fourth place, the International Volleyball Federation (FIVB) had the biggest increase of the year, with a 35% rise in the number of followers (12,459,334).

The secret of cricket? A relentless activity on social networks and the gigantic size of its community. The ICC not only leads the ranking in terms of the number of followers, but is also the most active on the web, with a total of 11,158 posts in the whole of 2022. On average, 30.57 new posts were made every day on the various digital platforms. The ITTF (table tennis) and World Rugby, its immediate successors, are struggling to keep up, despite very respectable digital activity, with 2,936 and 2,350 posts respectively in 2022.

The second factor is a fan base unmatched in the sports movement. India has over a billion potential cricket fans. Unlike the Chinese, they have a strong presence on the major social networks.

The BCW Sports agency notes that the COVID-19 pandemic has prompted most sports organisations to rethink, and often revitalise, their social media strategies. The results are visible: all the international federations in the top 10 show a 10 to 35% growth in their number of followers for the year 2022.

On the other hand, their leaders are often still dragging their feet. Most of them are “not very active” on social networks, and sometimes even completely dormant. A question of generation, no doubt.

According to BCW Sports, international sports leaders have a much lower digital influence than the big names in business, politics or entertainment.

In this digital desert, Annika Sörenstam stands out. The Swedish president of the International Golf Federation (IGF) leads the ranking, with 122,424 followers. A year earlier, she had not even appeared in the ranking. Her immediate successor, Sebastian Coe (World Athletics), loses first place. But he remains on the pace, with 120,681 followers. In third place on the podium is a newcomer, Mohammed Ben Sulayem, the President of the International Automobile Federation (FIA). He has 67,236 followers and has increased by 178%.

A curiosity of the ranking: two Marius Vizers are in the top 10 of international leaders. The father, President of the International Judo Federation (IJF), is in 10th place, with 5,749 followers. His son, Maris Vizer Jr. is four places ahead of him and several thousand followers (31,027). Less well known, the son was until last few weeks the executive director of the International Teqball Federation (FITEQ), one of the most active bodies on social networks (10th in the general ranking). It all makes sense.