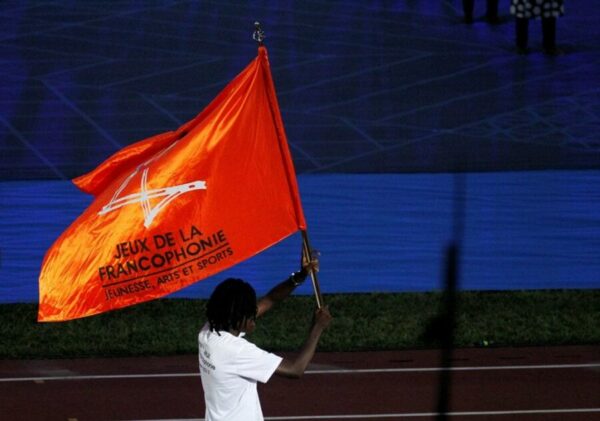 Some signs are not deceiving. A delegation of representatives from three National Olympic Committees travelled last week to Kinshasa, the capital of the Democratic Republic of Congo (DRC), host city of the 2023 Games of La Francophonie (28 July to 6 August).

Not the least of them were France, Belgium and Canada, three heavyweights of the French-speaking sports movement. This proves that the preparations are gaining momentum, six months and a few days before the event.

Six years after the last edition, organised in Côte d’Ivoire in 2017, and after two one-year postponements, the Games of La Francophonie will remain in Africa. They will retain the unique balance between sport and culture. However, the 2023 event is set to be the most digital in history. A digital shift driven by the International Committee of the Games of La Francophonie (CIJF) and its director, Zeina Mina.

Arnaud Simon, founder and president of the company In & Out Stories, in charge of the audiovisual content of the event with the Congolese public television, explains.

FrancsJeux: Will the audiovisual coverage of the 2023 Games of La Francophonie be similar to previous ones?

Arnaud Simon: No. It will mark a digital shift in the event. The behaviour of sports fans has changed a lot in recent years.  And with them, the way they consume a sporting event. Live coverage is now only a part, sometimes a small part, of the story. For the 2023 Games of La Francophonie in Kinshasa, we have come up with a new system that is capable of keeping up with this evolution.

In detail, how will it be organised?

We will offer the public and the media three types of content. The first is classic, since it is live coverage of sports and cultural competitions. It will represent about 80 hours, mainly the major finals in athletics, team sports and cultural events. Then, we will push on social networks 20- to 30-second segments of the competitions in near-live mode, only two or three minutes after they take place on the field in Kinshasa. This ‘near-live’ format is proving to be an extremely effective way to engage the audience and connect them emotionally with the event. Finally, we will be telling stories digitally, with immersive vignettes on the backstage, life in the athletes’ village, the sports and cultural competitors… These short formats will be shot with light crews, sometimes with a simple mobile phone, then edited and pushed on social networks.

How does this new approach represent a break with previous editions?

Until the 2017 Games in Abidjan, the live broadcast was accompanied by a 26-minute summary of the day’s highlights. It was offered to the public and the media after the end of the events. For Kinshasa 2023, this formula has been abandoned and replaced by mini summaries after each competition. We will try to be more immersive. The Games of La Francophonie are not just an event where performance must be emphasised. It is above all about shared experiences.

Who will be the broadcasters for the event?

Discussions are underway. We are discussing with the traditional broadcasters, including of course TV5 Monde, but also with other broadcasters in the French-speaking world who are interested in our approach. Television channels, but also digital platforms. But we are not in a logic and philosophy of selling rights. The objective is above all to maximise the audience and the impact.

What human resources will you deploy?

Four or five light digital teams, immersed in the heart of the event and behind the scenes, to go and find the stories and tell them. For the rest, we are going to repatriate all the signals to the production centre, to offer between 20 and 30 daily capsules almost live.

How will you work with Congolese television?

It will be in charge of live production. We will work in synergy with the Congolese, but we will retain our autonomy for digital coverage of the event, particularly for the international media.

Doesn’t this new approach ultimately represent a form of upgrading the Games of La Francophonie, inspired by what is done today in the sports movement?

Exactly. But it is very important to remain true to the DNA of the event. At the Olympic Games, for example, the performance often stands on its own. At the Games of La Francophonie, we have to go looking for stories, tell the story of the young athletes and their journey. The editorial shift must be in keeping with the very essence of this unique event, particularly its cultural dimension.