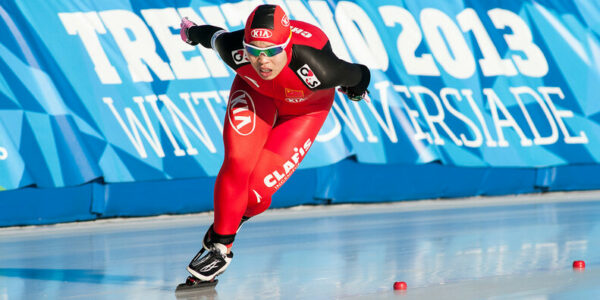 New clouds in the Italian sky. Three years and a handful of days before the Milan-Cortina 2026 Winter Games (6 to 22 February), the organising committee is going to have to recover from a new low blow. This time, surprise, it came from the IOC.

True to its policy of keeping the budget under control and reducing costs, the Olympic body rejected the Italian proposal to roof the speed skating oval in the small town of Baselga di Piné, in the autonomous region of Trento. It had been used for the Winter Universiade in 2013.

However, the project was included in the Winter Games organisational file in large letters. Last November, its cost was announced at 50 million euros. Not cheap, but essential for holding the Olympic long track speed skating events.

The only problem is that the cost presented to the IOC is unrealistic. The Olympic body is already anticipating a budget overrun, too risky in its eyes for a facility with a very uncertain future. The town of Baselga di Piné has only 5,000 inhabitants. And speed skating has never been a great Italian speciality.

Giovanni Malago, president of Milan-Cortina 2026 and of the Italian Olympic Committee (CONI), explained this at the end of last week: “The IOC has concluded that the investment was underestimated and that it was not viable for the region. It reserves the right to tell us the way forward for the organisation of the Games. I defended the original project, but there comes a time when you can no longer defend the indefensible.

Barring a new turn of events, the Baselga di Piné option is therefore out of the picture. With three years to go, this is a hard blow for the Italian organisers, whose delay in preparing for the Games is starting to seriously worry the IOC.

Giovanni Malago agrees: the adventure of Milan-Cortina 2026 has not been a smooth one since the event was awarded at the IOC session in June 2019. Everything that has happened since, from COVID to the war in Ukraine, has turned against us,” he admits. Baselga di Piné is not a victim, but rather one of the problems that systematically arise when organising an international event like the Olympic Games.

Question: what alternative will the Italians be able to pull out of their hat, in a context of cost control and political uncertainty?

The wisest solution, regularly mentioned since the bidding phase, looks to the past. It suggests falling back on an existing facility, the covered oval in Turin, used for the 2006 Winter Games.

Its advantages are not small. Starting with the now indispensable legacy varnish to be applied to the Games to make them shine. The IOC would certainly welcome a competition venue from the 2006 Turin Games to be used for an Olympic Games twenty years later. The image would be perfect.

For Turin, the arrival of long-track speed skating would put the Piedmont capital back on the venue map. The city’s mayor, the democrat Stefano Lo Russo, told FrancsJeux last October, referring to the former municipal team’s decision to withdraw from the project: “Abandoning the bid was a bad decision”.

But the Turin option also has its drawbacks. At the top of the list is the distance. The map of the Milan-Cortina Games already shows considerable travel time between the competition venues. Locating the ice oval in Piedmont would add a generous dose of kilometres.

Another problem is that the ice-making equipment and materials have been removed from the Turin rink. It would cost about 15 million euros to put them back.

Giovanni Malago admits: “Going to Turin is not automatic. We are going to discuss the different possibilities. For example, it might be possible to build a temporary track in a congress or exhibition centre in Lombardy or Veneto, the respective regions of the two centres of the Games, Milan and Cortina d’Ampezzo.

In the meantime, Giovanni Malago is not afraid to add another layer to an already heavy burden for northern Italy. Visiting the Baselga di Piné ice ring, the Italian leader explained that he hoped the two regions of Trento and Lombardy would make common cause to present a bid for the 2028 Youth Olympic Winter Games.