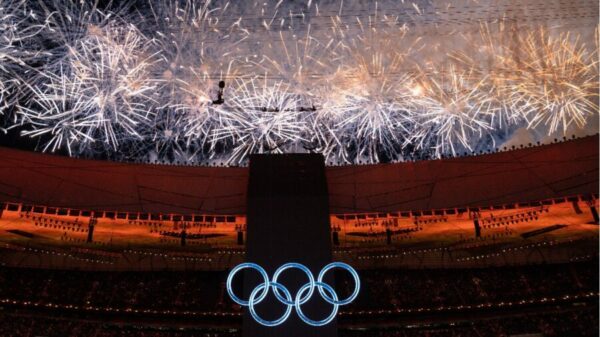 Thomas Bach will be able to leave his office at the Olympic House in 2025 with the satisfaction of a job well done. It is true that the German leader did not succeed in preventing the Winter Games bidding campaigns from drying up. But he will leave his successor with a closed file until 2032 for the television rights.

On Monday 16 January, the IOC announced that it had awarded the media rights for Europe for the next four editions of the Olympic Games, between Milan-Cortina 2026 for the winter and Brisbane 2032 for the summer.

The award is twofold: the European Broadcasting Union (EBU) will inherit the free-to-air part of the Games, while the American group Warner Bros. Discovery, owner of Eurosport, will retain the media rights for pay-TV.

As usual, the IOC did not reveal the amount of the agreement. It did, however, do so for the United States, proudly announcing that the NBCUniversal group had paid 7.65 billion dollars for exclusive rights on the American market between 2021 and 2032. But for Europe, no word.

Nothing new under the sun? Only in appearance. The agreement announced on Monday 16 January actually changes the deal somewhat, even if the change will not be visible to the Games audience.

The previous contract, valid from the PyeongChang 2018 Games to those of Paris 2024 inclusive, was concluded in 2015 between the IOC and Discovery. It granted the American group exclusive European rights to the Games in exchange for a cheque for 1.3 billion euros, with the onus on the group to retrocede them to interested national channels. And, if possible, to raise the bids in order to make its investment profitable.

In France, the public group France Télévisions had to fight hard to keep two competitors, TF1 and M6, out of the race for the rights to the Paris 2024 Games. The amount was not communicated, but it would have exceeded 100 million euros for Beijing 2022 and Paris 2024.

This time, the strategy has changed. The EBU and Warner Bros. Discovery submitted a joint bid in response to the IOC’s call for tenders. It concerned 49 countries on the continent, for the 2026 Winter Olympics in Milan-Cortina, the 2028 Summer Olympics in Los Angeles, the as yet unallocated 2030 Winter Games, and finally the 2032 Summer Games in Brisbane. Four Olympic editions, only one of which – Milan-Cortina 2026 – will be held without time difference for Europe. The tender also included the Youth Games in the same period.

The EBU-Warner Bros. Discovery ticket proved to be a winner. It nipped in the bud the ambitions of the digital platforms and the GAFAs, which are potentially capable of making financial offers that are difficult for public broadcasters to compete with.

From 2026, each EBU member will broadcast more than 200 hours of coverage of the Summer Olympics and at least 100 hours of the Winter Olympics on television, “with extensive radio coverage, live broadcasts and coverage on the web, apps and social media platforms.”

For the EBU, the agreement with the IOC sounds like a victory. EBU President Delphine Ernotte Cunci, who is also CEO of France Télévisions, said: “This agreement is a game-changer for public service media and demonstrates the continuing strength and solidarity of our Union. Through its members, the EBU can reach over one billion viewers in Europe via linear and non-linear platforms. This agreement will ensure that the Games have the largest possible audience in Europe.

Warner Bros. Discovery, on the other hand, loses the exclusive European rights. It has to give up the prospect of reselling them for a profit. But the American group can also puff up its chest. It will, in its own words, continue to be the only company to show “every moment” of the Games on its digital and streaming platforms, including discovery+. It will also remain the sole holder of the pay-TV rights, including for its Eurosport channels. Not a bad deal.