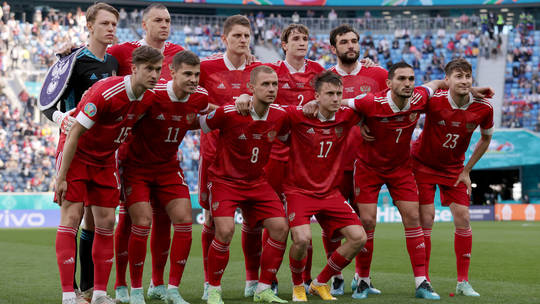 All the signs are converging: Russia is preparing for a strong comeback on the international sports scene in 2023. When and how? It does not yet know. But preparations are accelerating.

The latest clue is a report by the TASS agency on the national football team’s planned programme for the next twelve months. According to an internal document consulted by the state media, the Russian Football Federation (RFU) has listed five friendly matches in 2023, each preceded by a training camp lasting several days.

Five matches, none of them official. Not enough to get the ball rolling again. But this forecast is almost double the national team’s programme in 2022.

A game against Bosnia-Herzegovina was scheduled in St Petersburg, also in November, but the Balkan nation finally backed out after threats of cancellation. A match with Iran was also announced for the same month, but did not materialise.

At this stage, the RFU is careful not to name any potential opponents. But the document consulted by TASS mentions the dates planned for the five matches on the programme. They should take place at the end of March, then in mid-June, late August or early September, mid-October and finally in November.

Credible? It is difficult to answer. But Russia has been multiplying its initiatives for several weeks to regain its place on the international sports scene. It seems to have chosen football as a pilot, before launching the offensive in other disciplines.

Last December, the RFU announced the decision of its executive committee to create a working group with UEFA to prepare a possible return of Russian clubs and teams to European competitions. The RFU suggested that the group could be open to representatives of FIFA and the IOC. The deadline is April 2023.

UEFA has not officially commented on the information. It has therefore not denied it. But RFU secretary general Maxim Mitrofanov told RIA Novosti last week that the continental body had given the green light to the project.

Another sign, still on the Russian side, is the forthcoming announcement of a new equipment supplier for the national team. Aleksandr Dyukov, the president of the RFU, recently assured that the national team would be wearing a shirt from a new official partner in 2023. “In the first quarter we will have a new technical sponsor,” he explained. “We are in very advanced discussions. The contract will be finalised soon.”

Russian football teams have been dressed by Adidas since 2008, after a long lease with Nike. The latest contract, renewed in August 2021, ran until the 2026 World Cup. However, it was terminated by the manufacturer at the start of the conflict in Ukraine. Adidas has also closed all its stores in Russia.

The men’s national team still wore an Adidas jersey for its last friendly matches, in September 2022 against Kyrgyzstan, and two months later against Tajikistan and Uzbekistan.