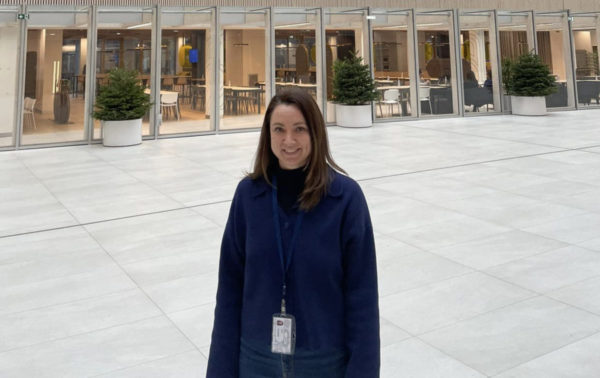 The countdown has reached a new level. Since Monday 5 December, the Paris 2024 OCOG has passed the 600-day mark before the opening of the Olympic Games. For the organising committee’s sports managers, the pace still gain speed. Among them, the Australian Jacqueline White, in charge of weightlifting – and powerlifting at the Paralympic Games – has one of the richest and least linear careers. She answered FrancsJeux’s questions as part of the series of Paris 2024 OCOG’s sports managers interviews.

FrancsJeux: What was your life before the Paris 2024 OCOG?

Jacqueline White: I have spent the last 10 or 11 years in the world of sport and events, moving from country to country depending on opportunities. In Turkmenistan, I was the weightlifting manager at the Asian Indoor and Martial Arts Games, held in Ashgabat in 2017. In Hungary, I worked at the International Teqball Federation (FITEQ), based in Budapest. In Dubai, I was involved in the organisation of the last World Expo. But the COVID crisis brought me back to my home country, Australia. In Melbourne, I was employed in the city’s sports department, where I helped local clubs go through the health crisis and beyond.

How would you describe your past experience of the Olympic Games?

It’s twofold. My first experience go back the Sydney 2000 Games. I was still a junior athlete in weightlifting. I participated in the event as a volunteer, associated with the sports presentation of the weightlifting events. As I was the only volunteer in this position, I was requested for all sessions of the competition. It was a fabulous experience. Sixteen years later, I was back in the Olympic atmosphere at the Rio 2016 Games. I was working for the Australian Weightlifting Federation as a high performance manager. We had two athletes at the Rio Games. I was mostly involved in their pre-competition preparation, especially warm-up.

Do you have any particular memory of the Games?

The Sydney Games in 2000, when Cathy Freeman won the 400m final. A great moment in history for Australia. During the race, everything had stand still in the country. The final was shown on TV screens in all the Games venues. I watched it from the weightlifting room.

What is the top file on your desk?

It’s a very busy time, with a lot of issues to deal with at the same time. But my priority at the moment is the identification and recruitment of French technical officials. With the French Weightlifting Federation, we are determining the resources in terms of technical officials and comparing them to our needs. They will then have to be trained. This aspect of the Games is an important part of the legacy in France for a sport like weightlifting.

Regarding the weightlifting venues: what are their assets and challenges in the perspective of the Games?

The venue will not be the same for the Olympic Games and the Paralympic Games. In the first case, we will occupy the Arena Paris Sud 6, at the Parc des Expositions de la Porte de Versailles. We will be part of an Olympic cluster, with other venues and other sports in the same area. The atmosphere should be incredible. But we have to be imaginative in visualising how everything will be set up and organised. The challenge of this site will be to make a successful transition from the sport that will precede us (handball). We will have a fairly short time to set up the competition field. For the Paralympic Games, powerlifting is scheduled to take place in the north of Paris, at the Arena of Porte de la Chapelle. A brand new venue that looks fantastic. Once again, we have to imagine things and project ourselves. As with the Olympic Games, we will come second to badminton. The transition will be very short. But this situation leads me to work with the other sports managers to find solutions. It is very enriching.

What conditions will make Paris 2024 a success for weightlifting?

We will put the athletes at the centre of the Games. At the end of their event, I would like them to feel as they have participated in the best competition of their lives. The Games will also be a success if we can offer the spectators a unique experience, especially if they are not fans or specialists of weightlifting. They will be able to discover the sport and perhaps be seduced and find interest in it. For my team, it may sound like a cliché, but I hope they will have a unique experience. The Games are the experience of a lifetime. As for the Paralympic Games, I hope that they will allow the French public to discover a discipline, powerlifting, and especially its athletes. At the Tokyo Games, the French team had only two participants, but it brought back two medals (Axel Bourlon in the men’s event and Souhad Ghazouani in the women’s event, editor’s note). It is rather an extraordinary result.