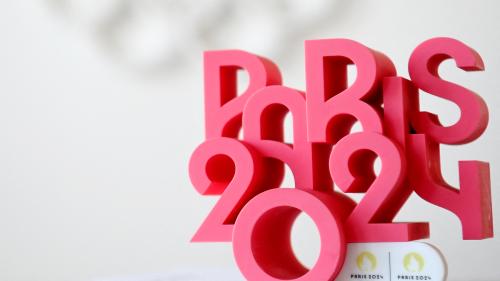 Cities and countries change. So do the rules of the game. Agenda 2020 yesterday, Agenda 2020+5 today. But one fact remains constant in the Olympic world: budgets are going up.
The Paris 2024 OCOG will present its budget to the board of directors on Monday 12 December. A third budget version, supposed to be the most precise, less than 600 days before the deadline. Despite the talk of austerity and a supposedly less expensive concept, it will show an increase. In all, about 400 million euros, or 10% of a budget now set at 4.380 billion euros.
Anything but a surprise. The OCOG had taken the lead at the end of November, explaining to the media that expenses were on the rise. This was due to inflation, but not only that.
Last Friday, Tony Estanguet opened his account book wide during a press briefing organised by video conference. He revealed his figures. He multiplied the examples. He mentioned the forecasts. And he came to a conclusion that is rarely heard less than two years before an Olympic and Paralympic event: the budget is certainly increasing, but it remains balanced.
The miracle is a simple accounting rule: the Paris organisers have offset the increase in expenditure, almost half of which (196 million euros) is due to inflation, with an increase in revenue of almost the same amount. Four hundred million euros in one column, 400 million in the other. That’s it.
On the expenditure side, almost everything has already been said. The OCOG is taking inflation in its stride. It also has to take in certain items that are sometimes underestimated, such as security, ceremonies and staff reclassification.
As far as revenue is concerned, Tony Estanguet has put his cards on the table. The President of the OCOG explained it from Saint-Denis: “Everything was looked at, sport by sport, session by session, on transport, accommodation, catering… A lot of work started in March with the IOC.”
The first angle of attack: partnerships. 127 million in the budget review that will be presented to the Board of Directors on 12 December. With the target of 80% of private partnership revenue by the end of 2022 already achieved, the OCOG has pushed the cursor up another notch. “We should reach the 90% mark in the coming weeks,” said Tony Estanguet. “We are finalising discussions with about ten partners.”
Interviewed by FrancsJeux, the president of the OCOG acknowledged that the list included a future premium partner, the first rank of the national marketing programme. But only one. The others would rather be classified in the third category, the official supporters.
Another avenue: ticketing. Also on the rise. The revenue from ticket sales has been increased by 143 million euros. How can this be done? Two ways: by increasing the price of tickets for some of the most popular sessions, which will be sold individually from spring 2023, and by reducing the quota of free seats reserved on the sites for several categories of accredited persons, including officials and journalists.
Finally, the public authorities – the State and local authorities – will provide a major boost to keep the budget balanced. In total, no less than 111 million euros, an unexpected gesture, which will have the effect of increasing the share of public funding from 3% to 4% of the OCOG’s budget.
In detail, an additional €71 million will be added to the €100 million of public money already allocated for the Paralympic Games; €12 million will be allocated for sports equipment that is supposed to be one of the legacies of the Games; €8 million will be devoted to the new anti-doping laboratory; and finally €5 million will finance the development of the Olympic roads, a charge initially made to the OCOG.
At the same time, the Organising Committee has cut the fat out of its organisational budget. It decided to reduce the opening period of the athletes’ village by four days. It will welcome its first occupants from 18 July 2024. The training sites will only be open seven days before the start of the competitions in each of the sports on the programme. More technical, and less visible: the “energy design” has been reduced, with only one of the two backup systems originally planned.
More unpopular was the OCOG’s decision to waive free public transport for ticketed spectators. The idea was written into the bid file. It was crossed out. Savings made: 45 million euros.