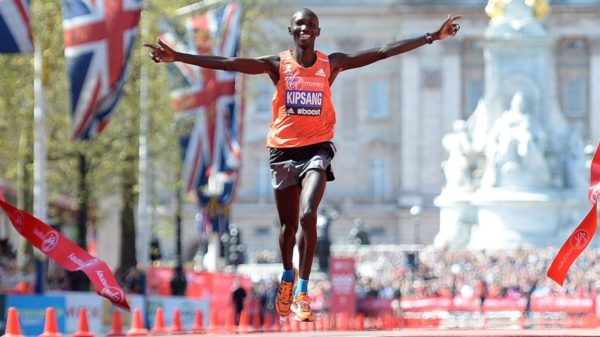 Double standards? World Athletics has chosen to be lenient towards Kenyan athletics, which has been plagued by a succession of doping cases. The Russians, on the other hand, will have to wait for the end of a suspension decided in November 2015.

Meeting for two days in Rome on Tuesday 29 and Wednesday 30 November, the World Athletics Council was supposed to debate two thick files. The first one shows serious signs of wear and tear. It concerns Russia. The second still smells new, but it too bears the marks of doping. It is dedicated to Kenya.

On the Russian issue, the body chaired by Sebastian Coe used more or less the same words, and an identical conclusion, as its previous meetings. It postponed until later. No decision was taken this week in Rome.

The reinstatement of the Russian Athletics Federation (RusAF), which has been sidelined for seven years, could be decided in March 2023. The scenario remains highly conditional. It depends on the taskforce formed by World Athletics to monitor and evaluate Russia’s progress in the fight against doping. It is due to present its final report early next year. It could be decisive in the decision of the World Athletics Board.

Decisive for a possible reinstatement of the Russian federation. But, as the international body specifies, not for the participation of Russian athletes in international competitions. The next decision of its Council will have “no impact” on the suspension of Russian and Belarusian athletes, decided at the beginning of the conflict in Ukraine on the recommendation of the IOC Executive Board.

Sebastian Coe explained in Rome: “The distinction is clear“. The Russian Athletics Federation could therefore be reintegrated into the international community next spring, but its athletes will remain excluded from competitions, a year and a few months before the Paris 2024 Games.

According to Rune Andersen, the head of the World Athletics taskforce, the scenario of a reintegration of RusAF next March would be quite realistic. The Norwegian points to a change in culture and “good governance” within the Russian federation, now chaired by former sprinter Irina Privalova.

World Athletics noted in a press release that RusAF is promoting the good word of anti-doping through a vast education programme given to 13,000 young athletes in the country. At the same time, the body has stepped up its testing effort, with more than 2,000 tests of Russian athletes per year, mostly out of competition.

In contrast, the Kenyan case was closed by the World Athletics Board without recourse to the sanction box. In terms of doping, however, the country has an unrivalled record on the planet of athletics: 45 athletes were declared positive during the year 2022, and around twenty other cases are currently being studied. Strong.

But the threat of a suspension of the federation, announced by the media since the end of last week, was not carried out in Rome by the World Athletics Council. Kenya escaped the worst. It owes it to its Sports Minister, Ababu Namwamba.

Unlike the Russian leaders at the beginning of the crisis, the Kenyan politician did not try to deny the facts. He acknowledged the existence of a doping problem in national athletics. Above all, he took the lead by promising Sebastian Coe, even before the Council meeting, the implementation of a vast anti-doping plan generously funded by the government. It will invest $5 million a year for the next five years to clean up the house and root out the cheats.

“The Athletics Integrity Unit (AIU) continues to work hand in hand with the Kenyan federation,” Coe said in Rome on Wednesday. “It will take a long time to restore confidence in the system, but all the players, local and international, are aligned to solve this problem.” It was a close call.