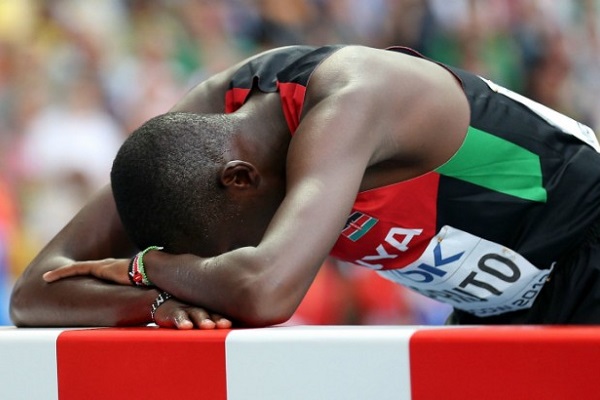 After Russia, a second major athletics country may be shown the door. According to several African and British media, Kenya could be suspended by World Athletics. The issue will be discussed on Tuesday 29 November, or at the latest the next day, by the Council of the international body.

The reason? Doping. In a different, less state-run genre, Kenya has for some years now been among the countries with the highest number of doping cases. In all seasons, they are a dime a dozen.

No less than 45 Kenyan athletes were sanctioned for doping during the year 2022. Among the latest to be sanctioned is trail specialist Mark Kangogo, who recently won the Sierre-Zinal race in Switzerland ahead of Kilian Jornet. He was provisionally suspended in October by the Athletics Integrity Unit (AIU).

In addition, some 20 other cases are currently under investigation.

At this stage, a suspension of the Kenyan Athletics Federation is speculative. World Athletics has not released any information on the content of the discussions of its Council, earlier this week in Rome. But it is certain that the issue will open up debate and could divide the members of the body’s decision-making body.

Proof of the reality of the threat: the Kenyan Minister of Sport, Ababu Namwamba, who was in Qatar last week for the World Cup, took the lead by revealing that he had written a very official letter to Sebastian Coe, the President of World Athletics. He “urges” the body “not to suspend Kenya.”

“The government is taking firm action to protect and defend the integrity of athletics,” the minister assures. “It is treating this matter as a matter of strategic national interest of the highest order. We cannot allow our nation to be banished because of the actions of some greedy and unethical individuals. We will target and deal decisively with the criminals and their syndicates. We must work together to eradicate doping and cheating from athletics and sports in general.”

To back up his promise, Ababu Namwamba reportedly promised Sebastian Coe that his government would break its piggy bank and spend five million dollars a year over the next five years to stamp out doping.

The sports minister did not spell it out, but his message is clear: Kenya is not Russia. Doping is not a state affair, controlled from the top, but a more individual affair, orchestrated by agents or doctors in search of immediate gain. As proof of its will, the country has made doping a criminal offence.

But the Kenyan Athletics Federation has already been implicated in doping-related corruption. And since 2017, the country has remained mired in category A of the nations most affected by the scourge, despite the “efforts” of its government and its national anti-doping agency (ADAK), which was created only in 2016.

As the 2015 world champion javelin thrower Julius Yego told The Star in a recent interview: “The cases have increased and of course nobody is happy with what is happening in the country at the moment. We have serious problems with many Kenyan athletes related to doping scandals that continue day by day.”

According to several sources in Africa, the World Athletics Council could sanction the Kenyan federation with a suspension of up to three years.

In such a scenario, Kenyan athletes would have to go through the same procedure as the Russians – before their suspension linked to the conflict in Ukraine – to participate in international competitions: complete an eligibility file and wait for the decision of World Athletics in order to benefit from the neutral athlete status.

Kenya won ten track and field medals, including four gold, at last year’s Tokyo 2020 Games. It won a slightly less impressive 10 medals, including two gold, at the 2022 World Outdoor Championships in Eugene, Oregon. In both cases, only the USA placed more athletes on the podium.