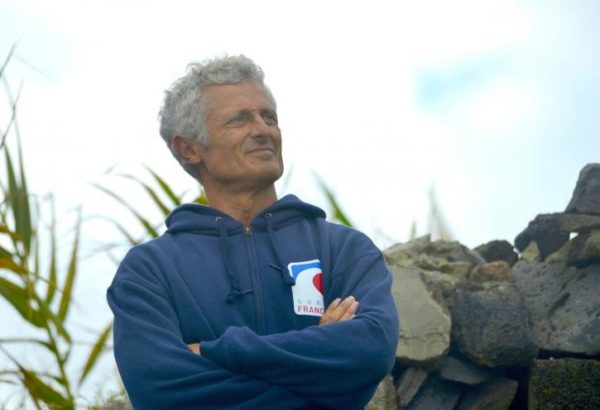 November was a perfect month for Jean-Luc Arassus (photo above). In less than two weeks, the French leader was elected vice-president of the International Surfing Association (ISA), and then confirmed for a second term at the head of the discipline’s European body (ESF).

With less than two years to go before the Paris 2024 Games, where surfing will once again be an additional sport before being formally included in the Olympic programme four years later in Los Angeles, Jean-Luc Arassus has established himself as one of the major players in the discipline. He answered FrancsJeux’ questions.

FrancsJeux: What does Europe and its federation – the ESF – represent in the surfing world?

Jean-Luc Arassus: In sporting terms, a third of the countries present at the last World Championships, a quarter of the surfers qualified for the Tokyo 2020 Games and half of the women surfers, plus three countries in the top 10 at each of the last World Championships. Economically, Europe remains one of the pillars of the surfing industry. The European Surfing Federation (ESF), historically a British-led body, now has 23 member countries. The potential of surfing in Europe is undeniable, particularly via stand-up paddling, a discipline that is developing rapidly in the northern countries.

You have been the interim president of the ESF since 2018. Since this week, you are the full president. What is the priority of this new mandate?

It is twofold. The first mission is to try to repair an injustice. Currently, surfers from the Pan American zone have two opportunities to qualify for the Olympic Games. Their continental multi-sport championships – the Pan American Games – where two places are up for grabs, and the World Championships. But the absence of surfing from the European Games leaves the continent’s athletes with only one chance to secure their Olympic ticket: the World Championships. Surfing is not on the programme for the 2023 European Games in Poland, but we will fight to have it included in the 2027 edition. Its presence would make sense in view of the Los Angeles Games in 2028, where surfing will not be an additional sport, but integrated into the official programme. The other priority of this mandate will be, more broadly, to obtain better recognition of our sport and of the ESF by the European Olympic authorities.

You have also been elected for the first time as vice-president of the ISA. What role do you want to play?

I was already a member of the board since 2018. In this capacity, I had participated with ISA President Fernando Aguerre and CEO Robert Fasulo in the campaign for surfing to be included in the Olympic Games. My election as vice-president can have a double effect. On the one hand, to carry the voice of Europe and its countries at the international level, especially in the face of the countries of the Pan-American zone; on the other hand, to embody for the ISA an important pillar, as Europe has strong countries – Great Britain, France, Italy, Spain, Switzerland, Germany…. -and a rich Olympic culture.

How would you assess the Tokyo 2020 Games, where surfing made its debut as an additional sport?

They were masterfully organised by the Japanese. Japan is a stronghold of our sport, with 4 million surfers. Of course, the constraints linked to the COVID were heavy, notably the absence of spectators. Fernando Aguerre had planned a surfing festival, alongside the competitions, with a dedicated village. Everything was cancelled. But the competitions were a success. We are in the top 10 of the most watched disciplines in all media. The conditions could have been difficult, in the middle of summer, a time of year when the waves are not always there. But the close passage of a typhoon brought swell. In the end, the results are very positive for a first. We were under a lot of pressure and we had to make sure we didn’t miss out.

From your point of view, how are the surfing events of the Paris 2024 Games planned in Tahiti?

The choice of Tahiti, pushed by the OCOG and by Fernando Aguerre, is very judicious. The site is one of the top 3 best waves in the world. And the competitions will take place there at the best time in terms of conditions. The surfers are fully aware of the value of a medal on such a wave. For the rest, the sports organisation should not pose any problems. We know how to do it. As for the development of the site, I trust the Paris 2024 OCOG. They are working on it. I have no worries whatsoever.

Will the more formal inclusion of surfing in the Olympic programme, starting with the Los Angeles 2028 Games, change the situation for your discipline and its authorities?

It certainly will. First of all, the change will be financial, as we will benefit from the IOC subsidies allocated to the international federations of Olympic sports. These are not provided for additional sports, despite a very large commitment and significant expenses, particularly to travel regularly to Lausanne. But the inclusion in the Olympic programme is also a recognition of the value of surfing, its environment and its community. Our sport is recognised as indispensable to the Games. In such a short time, this is no small thing. Our presence in the programme can also allow some countries to reach the Olympic grail, to send athletes, which was difficult until now. I am thinking of El Salvador, for example. Finally, Olympic recognition strengthens the ISA’s position towards the professional circuit, the WSL. A strong position of our international body is very important to ensure the presence of the best surfers in the world at the Games.