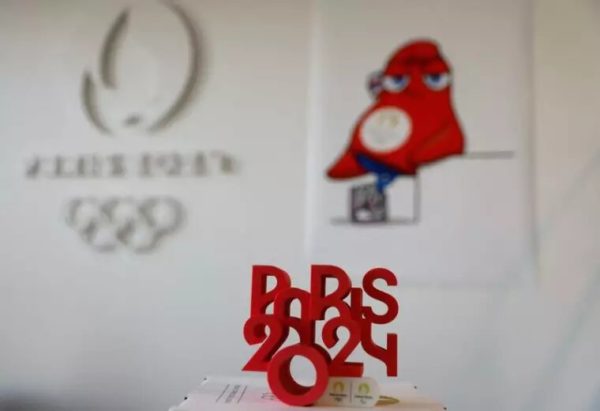 The news seemed inevitable. It was revealed to the media on Tuesday 22 November at the end of an executive committee meeting, three weeks before the next board meeting: the budget of the Paris 2024 OCOG has been increased. It will increase by about 10% in its next version, presented on 12 December.

A tenth, therefore. Nothing very alarming for an event of such magnitude, which is supposed to “break the codes” and change French society in a lasting way. But the organisers can no longer dispute it: the Games are already costing more than expected, with just over 600 days to go before the opening. And, barring a feat of strength or a reversal of the wind, the curve is set to climb even higher.

First, the figures. In front of the media on Tuesday 22 November, the representatives of the OCOG repeated that the calculations had not yet been finalised, as the three weeks before the board meeting on 12 December should allow the last grey areas to be erased. But their “order of magnitude” is an additional €400 million in the expenditure column.

In 2019, the first version of the OCOG’s budget showed the sum of 3.8 billion euros. Then the figure went up one step, just one, in the last budget revision, to €3.9 billion. Last year it was very close to 4 billion. Next month it will be €4.4 billion.

The reason? There are two reasons. The first is “contextual“: inflation. Fabrice Lacroix, the OCOG’s administrative and financial director, explained: half of the increase in expenditure is due to inflation. All sectors of the economy are affected, in France as in the rest of the world. The Paris 2024 Games could not be spared.

The other half, around €200 million, comes from several other aspects of the preparation of the Games, the costs of which were sometimes underestimated or poorly anticipated. Without going into detail about the figures, the Paris organisers mention the opening ceremony on the Seine, cybersecurity, “some energy issues“, and even the reclassification leave for the OCOG employees.

Worrying? According to Tony Estanguet and his team, not so much. Of course, expenses are rising, but the OCOG assures us with one hand on its heart that revenues will follow the same curve. The result is a “controlled” budget, according to the OCOG president.

Michaël Aloïsio, his chief of staff, explained that the objective of 80% of partnership revenues by the end of 2022, for a final ambition of 1.1 billion euros, had already been reached. Champagne. The last few weeks of the year could see a few more steps taken towards the 90% mark.

The arrival of a new first-tier partner, known as premium, is still pending, with the name of the LVMH group remaining in the realm of rumour. But Michaël Aloïsio pointed out: “The securing of contracts sometimes precedes their announcement“. Clearly, the OCOG already has a few more sponsors in its bag, but their identity is being kept secret.

Ticketing should also allow the revenue column to be given some colour. Since the finalisation of the competition programme, session by session, the OCOG has been working with the IOC on a patient count of the tickets to be sold to the general public. Everything has been reviewed, including the press boxes and the spaces reserved for broadcasters.

The result will not be to everyone’s taste. The media, in particular, were told by the IOC at the World Press Briefing last month that there will be more ticketed sessions, where accreditation alone is not enough to enter the press area, than at previous Games.

The OCOG is already announcing it as a given: there will be “additional ticketing revenue“. At this stage, however, they are still hypothetical, as ticket sales are not expected to begin until next year.

In the meantime, the organisers have embarked on a patient and tedious “cost-cutting exercise“. It affects all budget items. “We are lifting all the stones, both the big and the small ones,” explains Etienne Thobois.

Among the areas where savings have been made, the availability of training sites has sometimes been delayed; the date on which the first teams from OBS, the IOC subsidiary in charge of image production, enter the audiovisual media centre has been reduced from 13 to 10 months before the start of the Games; and the number of torches needed for the torch relay has also been reduced. The transport file was also optimised, with a fleet of dedicated vehicles reduced by 40% compared to the London 2012 Games.

Is this enough? Not for sure. The OCOG is making no secret of the fact that it will soon be time to start dipping into the “contingency reserve“, a €315 million fund that has been put in a safe place for the difficult months. “But there is no question of siphoning it off 18 or 20 months before the Games,” explains Michaël Aloïsio. The objective remains to maintain it at a significant level for the final year.