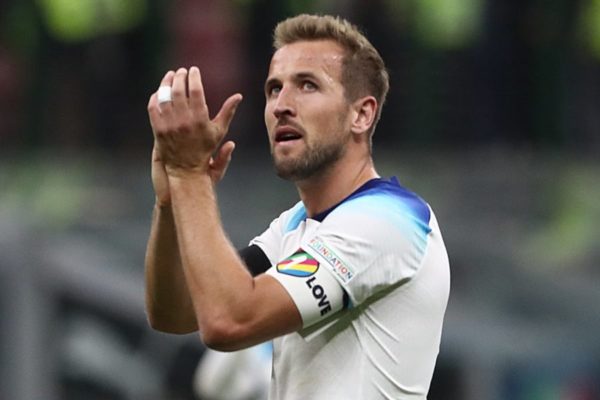 Gianni Infantino knows: figures often have a very soothing effect in the world of football. Especially when expressed in billions of dollars. The FIFA president pulled them out of his pocket on Sunday 20 November, on the first day of the 2022 World Cup in Qatar, in true American uncle fashion.

Nearly three million tickets have been sold for the global tournament, a figure that could rise further by the end of the competition on Sunday 18 December.

In addition, all the marketing packages associated with the 2022 World Cup have been snapped up. The “dream team” assembled for this first post-COVID World Cup includes seven FIFA Partners, seven Official Sponsors and “a set of regional supporters in the five FIFA business regions: Europe, Asia-Pacific, Middle East and North Africa, North America, and South America.”

In total, the World Cup is expected to bring in a record $7.5 billion for FIFA by the end of the year, a figure that is $1 billion higher than originally estimated. Gianni Infantino was delighted with these “fantastic figures” in front of the representatives of the national federations. His constituents, in short.

But in a sport where the accumulation of zeros in an operating result no longer impresses many people, Gianni Infantino’s accounting speech did not overshadow the other subject of the day, Sunday 20 November: the question of the inclusive armband envisaged for the captains of the European teams at the World Cup.

A meeting was called in a luxury hotel in Doha between FIFA and the seven federations concerned. The body hoped to push them to abandon their plans for an unauthorised armband, “One Love”, stamped with a multicoloured heart-shaped logo. It failed.

The world body had carefully prepared its case, however, by proposing a supposedly acceptable alternative, a set of armbands bearing messages of sustainability, humanitarianism or child protection: “SaveThePlanet“, “ProtectChildren” and “ShareTheMeal” for the preliminary round matches, then a more offensive “NoDiscrimination” from the quarter-finals onwards.

A good effort. But the three countries set to start the competition on Monday 21 November – England, Wales and the Netherlands – put up a fight.

Harry Kane (pictured above), England’s captain against Iran in Group B, told a press conference on Sunday evening: “I think we’ve made it clear that we want to wear it.

Wales coach Robert Page, who faces the United States in the same group, assured the media that his team would adopt the same stance as England.

Virgil van Dijk, captain of the Netherlands, who are due to start their tournament against Senegal in Group A, also announced his intention to play the match with the “One Love” armband. “I will wear the ‘One Love’ armband,” he said. From our point of view, nothing has changed. But if I get a yellow card for wearing it, then we would have to discuss it because I don’t like to play with a yellow card.

Germany, in particular, had said they were ready for a showdown with FIFA. The federation’s president, Bernd Neuendorf, told ZDF television: “We will stick to the European position. FIFA proposed its own armband idea only two days ago. For us, this is not acceptable.

The day before, Germany captain Manuel Neuer had already promised in a press conference that he would wear the ‘One Love’ armband against Japan on Wednesday 23 November. As for Bernd Neuendorf, he announced last week that his federation would not support Gianni Infantino for re-election as FIFA president in March, believing that the Swiss-Italian leader had been far too cautious on the issue of human rights in Qatar.

Under World Cup rules, the captain of each team must “wear the armband provided by FIFA“. Any violation is punishable by a penalty. It could be financial only, with a fine of 10,000 Swiss francs to any team that breaks the rule. Three times nothing.

But the threat of a yellow card for the European captains at the start of the tournament finally got the better of the seven European teams’ desire to be militant.

In the early afternoon local time on Monday 21 November, England, Wales, Belgium, Denmark, Germany, the Netherlands and Switzerland announced in a joint statement that their captains would not wear the inclusive armband.

“FIFA has been very clear that it will impose sporting sanctions if our captains wear the armbands on the pitch,” they wrote. “As national federations, we cannot ask our players to risk sporting sanctions, including yellow cards,” the seven federations wrote. “We were prepared to pay fines for non-compliance with equipment rules and were very committed to the armband. But we cannot put our players in the position where they could be cautioned or even have to leave the field.”

The ‘One Love’ campaign was launched in the Netherlands last year with UEFA’s blessing. Last September, ten European teams announced that their captains would wear the armband in future matches in Europe, including eight teams that have qualified for the 2022 World Cup. Since then, the French team has disassociated itself from the move, justifying its withdrawal by a desire to respect Qatar.