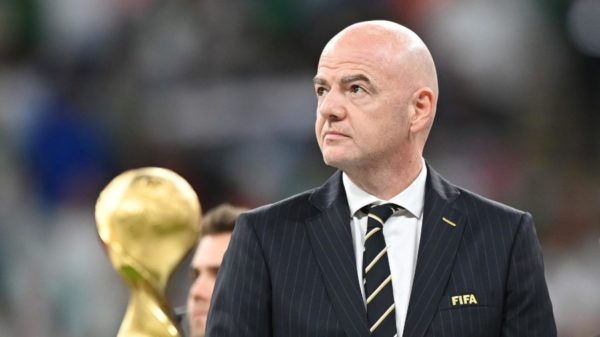 The democratic exercise sometimes takes a strange turn in the international sports movement. Elections, in particular, have the suspicious image of plebiscites, where voters are only asked to choose between the incumbent… and no one else.

The next FIFA election, scheduled for 16 March 2023 in Kigali, Rwanda, will not reverse this trend. The current president of the body, Gianni Infantino, will approach it without the slightest opposition. FIFA announced on Thursday 17 February, three days before the opening of the World Cup in Qatar: the Italian-Swiss leader is the only registered candidate.

“No other candidatures have been submitted” by member associations, FIFA said in a statement. First elected in 2016 in a vote in which he was pitted against three rivals – Bahraini Sheikh Salman bin Ebrahim al-Khalifa, Jordan’s Ali bin al-Hussein and France’s Jerome Champagne – Gianni Infantino was re-elected by acclamation in 2019. His third term is set to begin on the same note next March, a week short of his 53rd birthday.

Gianni Infantino announced his candidacy last March in Doha, almost a year before the congress vote. Since then, his potential rivals have remained silent. Former Swiss player Ramon Vega, 51, surprised everyone with a post on his Twitter account on Wednesday 16 November, in which he thanked all the national federations that had given him the opportunity to stand for election in 2023. But the former international, who played for Tottenham in the Premier League, did not give concrete expression to his intention to run.

It’s a win-win situation for Gianni Infantino. But his re-election could prove to be more contested than expected. The president of the German Football Association (DFB), Bernd Neuendorf, has made it known that he will not support him.

The German leader expected the FIFA president to have “a greater consideration for human rights and a greater commitment to humanitarian issues”. He is still waiting.

Gianni Infantino has spoken out in recent weeks amid the cacophony of controversy surrounding the World Cup in Qatar. But he has done so only to ask the qualified teams to “concentrate on football from now on“. Public opinion, and some of the national federations, would undoubtedly have appreciated a less mollifying stance.

When Gianni Infantino took over the FIFA throne in 2016, after the FIFAgate scandal and the turbulence of the end of the Sepp Blatter era, he promised to “restore FIFA’s image“. After almost two terms in office, the result is open to debate. Certainly, Gianni Infantino can boast of having consolidated FIFA’s wealth, despite the COVID crisis, with a record turnover of 7 billion dollars for the period 2018-2022.

His decision to expand the World Cup finals from 32 to 48 teams from the 2026 edition in the United States, Canada and Mexico, and its women’s version from 24 to 32 teams from next year in Australia and New Zealand, is expected to further swell FIFA’s accounts. More teams, therefore more matches, for even more television rights. Gianni Infantino knows nothing about the laws of the market.

But his desire to reform the international calendar, centred on the project of a World Cup every two years, has only had the effect of showing the divisions between the continental confederations. Cautious, Gianni Infantino announced last March his decision to consign the project to the dustbin of history. At the same time, he made public his decision to seek a third term.