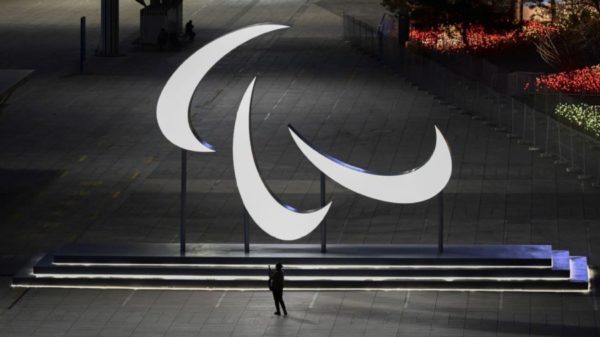 There can be no doubt: the Paralympic movement knows how to show a firmness and political courage that its Olympic counterpart lacks. Its international body, the IPC, demonstrated this again on Wednesday 16 November.

At an extraordinary General Assembly in Berlin, it voted by a large majority to exclude the Russian and Belarusian National Paralympic Committees. The fate of the two countries was decided in two different votes. But the result was common.

In both cases, the explanation was the same: the IPC considered that the two National Paralympic Committees were “unable to comply with the membership obligations set out in its Statutes“.

The exclusion of the two National Paralympic Committees is effective immediately. But both countries can appeal the IPC’s decision.

In a statement issued later this evening, Wednesday 16 November, the French Paralympic and Sports Committee (CPSF) explained that it had voted in favour of the exclusion of the two countries. “The Russian and Belarus Paralympic Committees have never condemned their country’s invasion of Ukraine, which began while the Beijing 2022 Paralympic Winter Games were in full swing, thus breaking the Olympic and Paralympic truce,” the French body said.

Barring an unlikely turn of events, Russia and Belarus will remain outside the Paralympic movement until the next IPC General Assembly. This should be held in the last quarter of 2023. Less than a year away from the Paris 2024 Games.

With such a timetable, it already seems almost certain that the athletes of both countries will not be able to participate in the next Summer Paralympic Games. The road to qualification will remain closed for too long to hope for quotas, even if the IPC decides to reinstate the two National Paralympic Committees at the end of next year.

The International Paralympic Committee’s firmness on the Russian issue is in stark contrast to the IOC’s more coy attitude. At the Rio 2016 Games, the IPC excluded Russia from competitions following the McLaren Report’s revelation of state-sponsored doping two years earlier at the Sochi Winter Games. The IOC, for its part, opened the door to them, requiring only that they leave their official clothes, flag and anthem in the vestibule.

At the last Winter Games, in February and March 2022 in Beijing, the IOC again accepted a “neutral” delegation from the Russian Olympic Committee. The IPC prohibited any participation from the two warring countries.

The President of the Russian Paralympic Committee, Pavel Rozhkov, was due to travel to Berlin this week for the IPC General Assembly. He was prevented from doing so after the German authorities denied him a visa. The Russian leader watched from a distance, in virtual mode, as his body was excluded.

Unsurprisingly, the Russian Paralympic movement did not remain without reaction after the announcement of the results of the IPC vote. In a statement, its national committee said that the suspension was “illegal, unfounded… and goes against the rules and statutes of the IPC“.

The Russians pointed out that the IPC had never provided proof that their National Paralympic Committee had breached its membership obligations. Finally, they point out that NATO countries were never sanctioned by the international sporting community when the Alliance launched strikes on Yugoslavia and then invaded Afghanistan and Iraq.