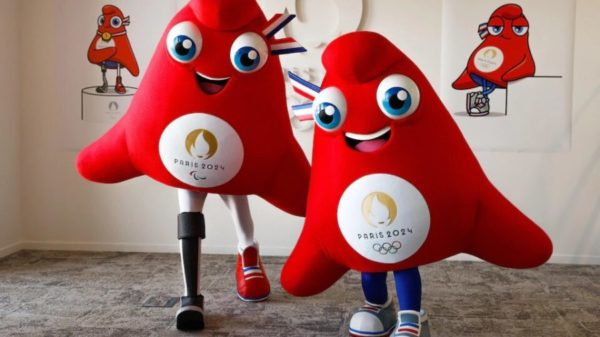 Tony Estanguet’s formula was intended to be forceful. “An ideal rather than an animal”. Not bad. But it did not change anything: the mascots of the Paris 2024 Games, two Phrygian hats supposed to embody the “revolution through sport” promised to French society by the Olympic and Paralympic Games, had a first day of existence shaken by mockery and controversy.

Since their official presentation on Monday 14 November at the OCOG headquarters in Saint-Denis, the “Phryges” of Paris 2024 have divided opinion and inspired columnists. This was to be expected. There is no unanimity in the elitist world of mascots. But in the end, it doesn’t matter if they please or seduce the aesthetes. What matters is that they sell.

The OCOG hopes to sell two million of them, at a minimum price of 15 euros for the plush version. With such an objective, creating a buzz on the Web and in the press is probably not the worst start. A soft consensus, or polite indifference, would have been disappointing.

La Voix du Nord sums up the subject with an article full of reactions from Internet users. “Barely presented, the mascots of the 2024 Olympics are already being mocked,” the regional daily headlines. The article notes that the name of the two mascots, pronounced in English, could quickly become “fridges“. A chilling prospect.

In a post by Quentin Girard, Libération explains that it has seen much more than two caps with an eye that looks like a roundel. For the daily, there is no doubt that the mascots look like a clitoris. “Olympics 2024: long live the Phryges, the clitoral mascots that are a real turn-on”, headlines Libé. “Good news”, suggests its journalist.

On France Culture, Guillaume Erner picks up on the theme by presenting “the Olympic clitoris“, an unexpected symbol of the Paris 2024 Games placed under the sign of feminism.

Abroad, the discovery of the two mascots also delighted the journalists. In its programme Tout un matin, Radio-Canada described them as “a hat with eyes“. But Hugo Lavoie rightly wonders whether the Phrygies of Paris 2024 are male or female. He or she? The question has not been decided by the OCOG, with the organisers referring to them in the plural at all times.

In the United States, a column by an Associated Press reporter in USA Today announced with drumbeats that “Izzy’s reign as the worst Olympic mascot is over“. Izzy, the stuffed animal of the 1996 Atlanta Games, a character whose identity remained very obscure, was soon nicknamed Whatizit.

“After further research, we discovered that the mascot for the Paris 2024 Olympics is a hat known as Phryge, which would be great if they were staging “Les Misérables” instead of the world’s biggest sporting event in two years’ time,” suggests the post signed by Paul Newberry.

More embarrassing, but also very unwelcome, were the words of the French Minister for Ecological Transition, Christophe Béchu, on France Info. Asked to react to the fact that almost all of the production of the Paris 2024 Games plush mascots will be made in China, he first replied that he was not aware of this, before referring to a “problem”.

“I want to believe that we still have a few months before the Games are held to be able to correct the matter,” explained Christophe Béchu. “We are not going to find ourselves, at a time when we are explaining that we need short circuits and relocalization, with a production of mascots that is done at the end of the world, even when we are defending the prospect of fighting global warming.”

Unsurprisingly, several associations defending French-style production jumped into the breach, referring in no particular order to “nonsense“, a “real scandal“, and even an “international and economic slap in the face that we are giving ourselves“.

The market for plush mascots has been awarded to two French companies, Gipsy and Doudou et Compagnie. They plan to manufacture about 8% of the Paris 2024-stamped phrygian caps in France. The rest will come from China, where 75 to 80% of the toys sold in the world are currently produced. Faced with such a virtual monopoly, it is difficult to “break the codes“.