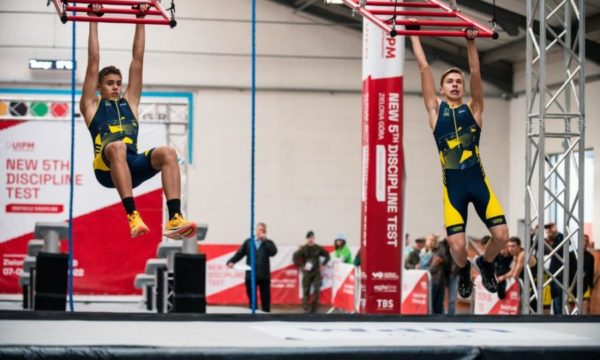 Its Olympic future is still in doubt after the Paris 2024 Games. But the modern pentathlon family is standing firm without loosening its ranks.

Invited to vote on the choice of obstacle course as a new discipline to replace equestrian, it voted overwhelmingly in favour of this development.

Eighty-three national federations submitted a valid vote on Saturday 12 November, on the first day of the International Union of Modern Pentathlon (UIPM) Congress, which was organised in virtual mode from the body’s headquarters in Monaco. The result was clear: 69 votes in favour of adding the obstacle course, with only 11 against and three abstentions. In percentage terms, the vote was a plebiscite, with 83.3% of voters in the yes camp.

The UIPM Congress also voted in favour of introducing the Ninja Warrior-like obstacle course at the Junior and Youth World Championships (under 17 and under 19), as well as at the continental championships from next year, before the Paris 2024 Games, where equestrian will have its last Olympic experience.

German UIPM President Klaus Schormann, who came out on top at a supposedly perilous congress, commented: “We do not forget our past and our heritage, but our goal is above all the future. It is very important that our voting members have given us a strong mandate today to make obstacle course part of our Olympic sport.”

With such a majority, the UIPM and its German president can move forward. But the rest of the journey looks less consensual. With its new discipline, the body must now convince the IOC to keep the modern pentathlon at the Olympic Games in Los Angeles in 2028.

This is no easy task. But, barring any major surprises, far from impossible. Since its decision to withdraw horse riding after the disastrous controversy of the Tokyo Games, where images of German rider Annika Schleu mistreating her horse made the rounds on the web, the UIPM has been working on the best substitute. Finally, it pulled out of the hat a little-anticipated option, the obstacle course, which has the merit of reducing costs, being more accessible and, above all, potentially attracting a younger audience. The IOC Executive Board should appreciate this.

Another victory for Klaus Schormann, obtained the day after the vote in favour of the new discipline: the German leader emerged unscathed from a vote of no-confidence on his continuation as UIPM president. He had been requested by two countries, Denmark and Mauritius.

The result of the vote was slightly less overwhelming than the day before for the choice of the new discipline: 55 votes against the vote of no confidence, i.e. 76% of the 72 valid ballots cast, against 13 in favour of Klaus Schormann’s removal (18%), and four abstentions (6%).

Klaus Schormann therefore remained in office. But his presence at the head of the body, which began in 1993, should soon come to an end. On Saturday 12 November, the Congress voted in favour of limiting the terms of office of the UIPM bureau members, as well as the president, to 12 years. This will be effective from 1 January 2025.

The German leader was re-elected last year, unopposed, for an eighth consecutive term.