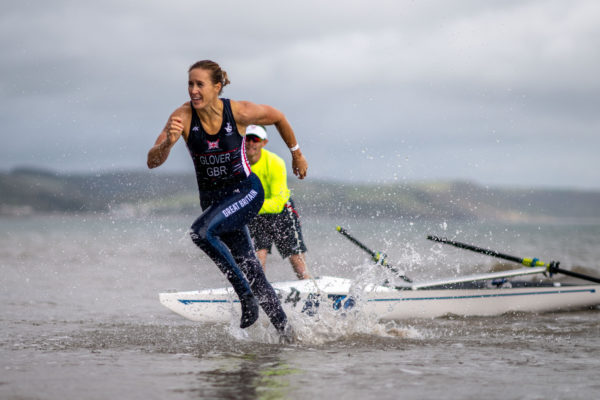 Rowing is changing its face. It retains its sculls and the nobility of its past. But the discipline no longer wants to live out its Olympic destiny in the straight lines of a six-lane basin.

Its new playground: the sea. And, with it, the sand of the beach. At the initiative of its president, Jean-Christophe Rolland, the International Rowing Federation (World Rowing) is campaigning for the beach sprint (photo above) to be included in the Los Angeles Games in 2028. The French leader explained to FrancsJeux the process and the reasons behind it.

FrancsJeux: How is your application for sea rowing to be included as a new discipline in the Los Angeles Games in 2028 progressing?

Jean-Christophe Rolland: On our side, things are going very well. For classic rowing, we have validated the Long Beach basin, which has been reduced to 1,500m for logistical reasons. The organising committee is currently finalising the technical elements of the Long Beach cluster. We are waiting for its final confirmation. For sea rowing, we are in the middle of the bidding process. The IOC decision is expected in the third quarter of 2023.

Which discipline have you chosen to present?

Sea rowing, in its beach sprint format. With three medal events: the men’s and women’s solo and the mixed boat doubles.

Today, rowing is no longer limited to its classic format, which has been present at the Olympic Games since Athens in 1896. We also have two other disciplines: indoor rowing on an ergometer, and sea rowing. The latter discipline has two formats, both using the same boats: endurance, similar to sailing, with a mass start and a 6 km course at sea; and beach sprint, with a run on the beach, then a climb in the boat for a 250 m course to a buoy and back, all in direct opposition with elimination until the final. This format has been chosen for the 2026 Youth Games in Dakar.

Does this format represent the future of rowing?

In my vision for the future, the idea is to expand the rowing community worldwide through our three disciplines. Classical rowing is not being downplayed, it is still the foundation and we continue to promote it. But we are developing the other two. Beach sprinting is a discipline of the future, which can bring added value to the Olympic Games. It is fast, young, fun and innovative. It can attract a different audience without requiring large investments.

If successful, where could beach sprinting be contested at the Los Angeles 2028 Games?

The same place as the classic rowing event, on the Long Beach cluster. In our brief, we emphasise that we don’t need any additional facilities. We can integrate into an existing site, which could be for sailing, triathlon or long distance swimming. There are several options, but the Long Beach perimeter seems the most logical, opposite the classic rowing venue, planned on an inland inlet.

Would the entry of sea rowing lead you to have to reduce the number of rowers in classic rowing?

You have to understand that this proposal is part of a wider discussion we are having with the IOC. In the current context of cost reduction, it is out of the question to ask for more quotas. The IOC challenged us on the issue of lightweights, a category that no longer makes sense to them. So we took the decision to change the two lightweight categories to sea rowing. We had lost the lightweights anyway.

Is your support for sea rowing limited to the Olympic Games?

No. The discipline will be present at the 2026 Youth Games in Dakar. It has also just been included in the Commonwealth Games in Victoria in 2026, a multi-sport event where the composition of the participating countries left little chance for classical rowing. We have also been included in the World Beach Games next year in Bali.

Isn’t there a risk that the development of sea rowing will be to the detriment of classical rowing?

Not at all. I want to break this idea. I’m trying to broaden the base, to increase the rowing community, but without reducing one side to enlarge another. Some rowers have the impression that we are reducing the classic to increase the sea rowing. But the lightweights, we would have lost them at the Olympics, it was inevitable. And we wouldn’t have had classical rowing at the Commonwealth Games. With sea rowing, you increase the population of rowers in the world. In a sporting world that has become so competitive, it is vital to be able to grow.