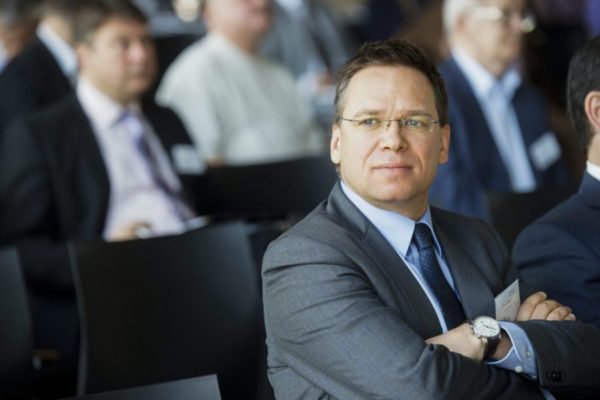 There is no time to lose. With almost ten years to go before the event, the IOC has already unveiled the cast of the Brisbane 2032 Games Coordination Commission. Chaired by former swimmer Kirsty Coventry, it is composed of 15 members.

Among them, Balázs Fürjes (photo above). Discovered during the campaign for the 2024 Summer Games, where he led Budapest’s bid, the Hungarian holds the position of Minister of State for Budapest and its metropolis, while also co-chairing the organising committee of the 2023 World Athletics Championships in the Hungarian capital. He answered FrancsJeux’ questions.

FrancsJeux: With ten years to go, what do you expect from the Brisbane 2032 Games?

Balázs Fürjes: The awarding of the 2032 Games so far ahead of schedule, more than ten years, gives the Australians a unique opportunity. They have a very comfortable time to prepare. After the success of the 1956 Melbourne Games and the 2000 Sydney Games, I expect the Summer Games to be very secure at all levels, but also popular and friendly. I am convinced that the Australians will offer us a unique blend of passion and innovation, with a very compact set-up. They have learned a lot from the 2018 Youth Games in Buenos Aires about how to engage people and the public. They will also be able to learn from the Paris 2024 and Los Angeles 2028 Games. Brisbane 2032 should bring a lot to the Olympic movement.

Every Olympic Games is faced with a challenge at some point. What is the challenge facing Brisbane 2032?

Brisbane is a medium-sized metropolis. It is almost the same size as Budapest. Transport could be an issue, but with ten years to go, Australians have plenty of time to address it. Accommodation could also be a challenge, but Queensland will have enough rooms for everyone. Budget is always a risk, with the Olympics, but the region and the country have a stable economy. Finally, the challenge for Australians may be the ten years leading up to the event. Ten years is a long time and an uncertain time. A lot can happen.

Being part of the Brisbane 2032 Coordination Commission will give you an opportunity to get an inside look at the preparation of the Games. Will you take advantage of this opportunity in view of Budapest’s Olympic bid?

Above all, I will try to do my job as well as possible, in order to meet the IOC’s expectations and justify Thomas Bach’s choice to include me on this Commission. I want to bring my experience of sports events, the preparation of a major sporting event and the integration of sport in a large city.

Has Budapest abandoned its Olympic ambition?

No. We have not abandoned this ambition. Bringing the Games to Hungary is one of the missions of the Hungarian National Olympic Committee. It is even written in its statutes. But an Olympic bid for Budapest is not on the agenda. We are not currently discussing it. We will have time to do so, as the next opportunity is not until 2036. Today, the subject is not on the table. And that’s fine, because the context and the situation do not lend themselves to it.

As the former head of the Budapest 2024 bid, what is your view on the preparation of the Paris 2024 Games?

I take my hat off to Tony Estanguet and the organising committee. A lot has changed since the bid phase, both economically and geo-politically. Preparing for the Games is proving to be more complicated than expected for the OCOG. But they have been able to adapt and make changes. As we know, changes often lead to conflict. So far, the Organising Committee has been able to manage the conflicts. I have no doubt that Tony Estanguet will continue to do so, and stay on track, throughout the 600 or so days leading up to the Games.

Inflation is hitting most major upcoming sporting events, including the Paris 2024 Games, hard. Does this affect the 2023 World Athletics Championships in Budapest?

Of course. The increase in costs will affect energy costs in particular. But we are lucky to have a strong partnership. The event is not under threat. The construction of the stadium is in its final stages and it will be delivered next March. This stadium is a legacy of Budapest’s bid for the Summer Games in 2024. But today, with less than a year to go, we are mainly focused on our goal of having a full house from the first to the last day of the World Championships. We can count on a large community of track and field enthusiasts in Hungary. And Budapest is ideally situated in Europe to attract fans from neighbouring countries, from Poland to Germany.