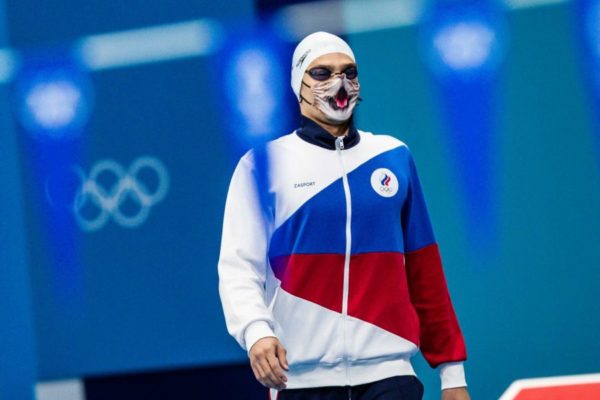 The door opens. Timidly, but it is opening. During a visit to Rome last week, Thomas Bach confirmed information reported two weeks earlier by the President of the US Olympic and Paralympic Committee (USOPC), Susanne Lyons: the IOC is currently considering the possible return of Russian athletes to international competitions.

Thomas Bach told the Italian daily Corriere della Sera that the IOC must “think about the future“. It has to look ahead to the Paris 2024 Games, for which some of the qualifying events have already started, without the Russian and Belarusian athletes.

“It’s about bringing back athletes with Russian passports who don’t support the war,” suggested Thomas Bach. “But let’s be clear: the idea is not to reintegrate Russia. That is our dilemma, because we know that this war was not started by Russian athletes. We have to see, to study, to monitor, how and when we will be able to carry out our mission to bring everybody back. I think our major contribution is that the Olympic Games, and sport in general, remain something that unifies people and humanity.”

Thomas Bach also confirmed that this new approach to the Russia issue was the result of extensive consultation with other stakeholders in the Olympic movement.

Question: how should Russian athletes go about expressing that they do not support the war in Ukraine? Thomas Bach did not answer. The answer is likely to be complex, especially after Vladimir Putin’s new call for the mobilisation of 300,000 reservists to reinforce Russian troops. Two big names in Russian sport, former heavyweight boxer Nikolay Valuev and football player Diniyar Bilyaletdinov, are among the latest to be called up.

So the door is open. With less than two years to go before the Paris 2024 Games, the IOC is “studying and monitoring“. The only problem is that its approach does not seem to be the right one for “bringing everyone back” into the Olympic fold. At least from a Russian point of view.

Thomas Bach’s words to the Italian daily newspaper have just been translated and shared, and the reactions in Moscow have multiplied. In all cases, there was a common theme: the IOC cannot ask Russian athletes to take a stand against their country, thus flouting the principle of neutrality enshrined in the Olympic Charter.

“Thomas Bach’s remark contradicts the Olympic principles, because the main task of the international Olympic movement is to guarantee equal access of athletes to the Olympic Games, regardless of their opinions, traditions, faith or citizenship,” suggested Russian Sports Minister Oleg Matytsin.

“In this situation, artificially created by the recommendations of the IOC Executive Board, our athletes are forced to violate the laws of their country and the Olympic Charter,” said Stanislav Pozdnyakov, president of the Russian Olympic Committee (ROC). “They are being asked to exchange their nationality and civic position for the humiliating status of a neutral athlete on the international stage”.

“For several years our athletes have experienced the prejudicial attitude of international sports organisations, including the IOC,” he commented. “Their withdrawal from international competitions was the culmination of this. What have our opponents achieved? They have deprived the world of sport of objectivity, healthy competition and entertainment.”

The Russian sports federations reacted with the same indignation. For the president of the wrestling federation, Mikhail Mamiashvili, the initiative suggested by Thomas Bach amounts to asking athletes to betray their country. “We are being asked to recognise that each of us is a Judas, to renounce our state,” he said. I doubt that the Olympic principles are based on betrayal.

It was a bad coincidence that Thomas Bach’s statements to Corriere della Sera came at the same time as the IOC published its detailed list of commission members. In addition to the two Russian members of the IOC – Yelena Isinbayeva and Shamil Tarpischev – there are at least two other Russians: the former sprinter Valeriy Borzov on the Culture and Olympic Heritage Commission, and above all Vladimir Lisin on the Commission for Revenue and Commercial Partnerships.

Vladimir Lisin, a billionaire with close ties to the Kremlin, still chairs the International Shooting Federation (ISSF), despite the IOC’s recommendations to suspend Russian athletes and leaders from the sports movement. He will therefore also sit on a commission of the Olympic body. Double standards.