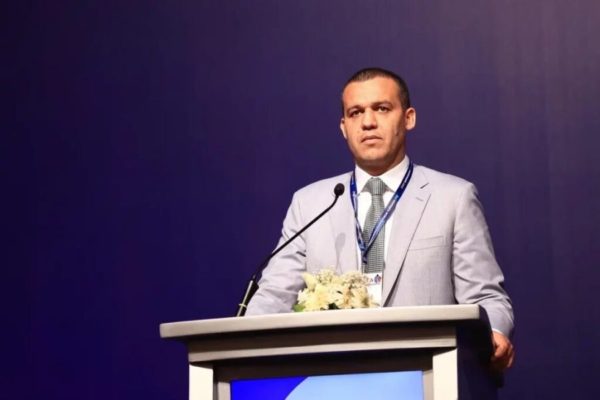 The deal is done: Umar Kremlev will remain president of the International Boxing Federation (IBA). The Russian leader retained his seat on Sunday 25 December in Yerevan, Armenia. The extraordinary congress of the body voted by an overwhelming majority against holding new elections.

A done deal, then. But the atmosphere was strange, to say the least, marked by a campaign to denigrate Umar Kremlev’s potential rival, the Dutchman Boris van der Vorst, a violation of the IBA’s statutes, and serious doubts about the smooth running of the election.

First, the election. According to Reuters, the IBA’s extraordinary congress in Yerevan on Sunday was delayed by an hour due to a power failure. Before the interruption, the number of national federations present was 127. Afterwards, it miraculously rose to 151 delegates, 99 in person and 52 remotely.

Strange. But the body’s new secretary general, George Yerolimpos, appointed two days earlier, brushed aside questions about the unexpected rise in the number of voters, saying it was the result of several late arrivals.

The pre-convention, now. Sulphurous. A collective letter from so-called “European national federations” was sent at the end of August to a large number of national IBA member bodies. FrancsJeux has seen it.

The unsigned document paints a vicious picture of Boris van der Vorst. “Who is this Boris and what has he done for
the development of boxing?” it says. The answer is spread over several paragraphs. It notes that the Dutchman “lost the battle for the position of vice-president of the EUBC (the European Boxing Confederation) in Moscow in 2018. He lost the election for the 2020 AIBA presidency.”

The letter points out that Boris van der Vorst “also headed the Passion of Boxing Commission of the EUBC, but this commission is no longer part of the list of EUBC commissions for the period 2022-2026. Perhaps it was removed because it was totally inactive? Has anyone ever seen the EUBC’s “Passion for Boxing” programme? What exactly has this commission and its chairman Boris done for the development of your national federation?”

The same letter recalls that the Dutch team for the European Youth Boxing Championships in 2022 in Sofia had only one girl, competing in 52kg. “She came to Bulgaria with a coach at her own expense – more precisely at her parents’ expense. The other boxers could not participate in the competition because the Dutch Boxing Federation refused them funding. Can Boris be considered as a person who is passionate about boxing, if for several years, at the World and European Championships, the Dutch Boxing Federation is represented by one or two boxers, or even less?”

Finally, the letter insists on Bros van der Vorst’s alleged links with the IOC. “Let’s start with the fact that no one has ever had any official confirmation of Boris’ support by the IOC. Once again, Boris is misleading us. Furthermore, even if this support is hypothetical, boxing was already under the management of an IOC member, Mr CK Wu, and we all know how that ended. A recent report prepared by Professor McLaren confirms that it was the aforementioned IOC member who drove our organisation into bankruptcy.”

The letter concludes: “We, the National Federations of Europe, oppose the elections! We express our full support for the current IBA management and board.”

The only problem is that the document in question does not come from the “National Federations of Europe” at all. It would have been written at the IBA, by a member of the IBA staff.

According to a letter from the USA Boxing Federation, of which FrancsJeux has also been informed, the document was prepared by Valeria Trabucchi, the IBA’s director of external affairs. Zhanna Abdulian, a former employee of the Russian Boxing Federation, is said to have finalized the letter. Close to Umar Kremlev, she does not appear on the staff of the international body.

USA Boxing notes in its letter, signed by its executive director, Mike McAtee: “Ms. Trabucchi’s direct assistance in drafting the letter for political purposes” could be a violation of both the IBA’s constitution and the campaign rules. It contains “false and misleading information about candidate Boris van der Vorst”. And it damages his image or reputation.