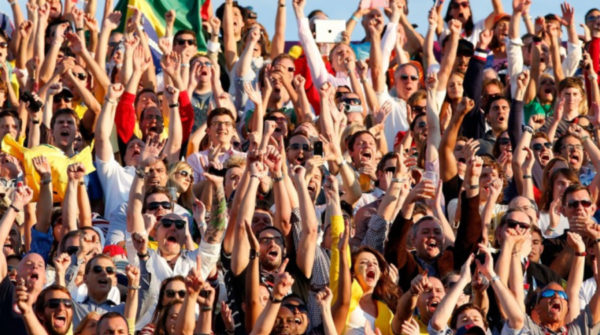 On your marks, get set… But a little patience before you set off. With 675 days to go until the opening ceremony of the Olympic Games, the Paris 2024 OCOG lifted a corner of the veil on its ticketing operation on Tuesday 20 September. The dates are now known. For all the figures, we will have to wait a little longer.

Capucine Bernet, the director of ticketing at the organising committee, unfolded before the media the roadmap for the sale of tickets for the Olympic Games. It consists of four dates, two of which are still unclear.

First step: the draw. As the Paris organisers had already announced, ticket sales will follow a process never before seen at the Olympic Games. It will start with the registration to a draw to obtain a 48-hour purchase slot. On paper, the advantage is twofold: to avoid the inevitable bottleneck of the sales platform when it opens, and to allow buyers to choose the sessions that are actually available at the time of their slot.

Registration for the draw will begin on 1 December 2022. It will remain open for two months, until 31 January 2023.

Second step: the sale. Finally. It will begin on 15 February 2023 with a first phase dedicated to “customised packs”. It will remain open “for several weeks”. Note: members of the Paris 2024 Club – more than 800,000 people at the last count – will have priority access during the first four days of this sales phase (February 15 to 18). Provided, of course, that they have been drawn at random during the initial phase.

Tailor-made packs? A basket filled with three different sessions, to be chosen from the 32 sports on the Olympic programme. Those lucky enough to be selected will be given 48 hours’ notice of their purchase slot and will be able to put it together according to the number of seats available at the time of their access to the platform. The number of tickets they will be able to buy, and the maximum amount of their purchase, will not be announced until autumn 2022.

The next step is the sale of individual tickets. Access to this will also be conditional on a draw. It will begin in May 2023. For the precise date, patience. As the name suggests, it will concern single tickets, which will still be available after the sale of the customised packs.

The sale of tickets for the opening and closing ceremonies of the Olympic Games will be part of this single ticketing phase. The OCOG explained on Tuesday 20 September that only seats on the lower quays, closest to the Seine, will be sold for the opening ceremony. Minimum price: 90 euros. Access to the upper quays will be free, but may be conditional on obtaining a counter mark. At the last count, the number of free seats on the upper platforms was four to five times higher than the number of seated and paid tickets. The capacity of the opening ceremony remains set at 600,000 people.

The final stage is the resale in real time, i.e. without a draw, of tickets that have been acquired but not purchased. This is planned for the end of 2023, at a date yet to be specified.

One million tickets have been set aside for the “Olympic family” (IOC, international federations, broadcasters, partners, National Olympic Committees, etc.). Distribution has not yet begun. According to Michaël Aloïsio, Tony Estanguet’s chief of staff and spokesperson for Paris 2024, the OCOG is still receiving and registering applications for allocations.

Another million tickets have been reserved for the local authorities (500,000 for the Olympic Games, as many for the Paralympic Games). They will be distributed to a selected public on the basis of social or associative criteria.

The State alone will collect 400,000 of them as part of a vast free distribution operation announced by Emmanuel Macron last July. The tickets will go to young people and schoolchildren, especially those under 16, volunteers from the sports movement, people with disabilities and their carers, and finally to civil servants from the State and local authorities involved in the preparation of the Games.