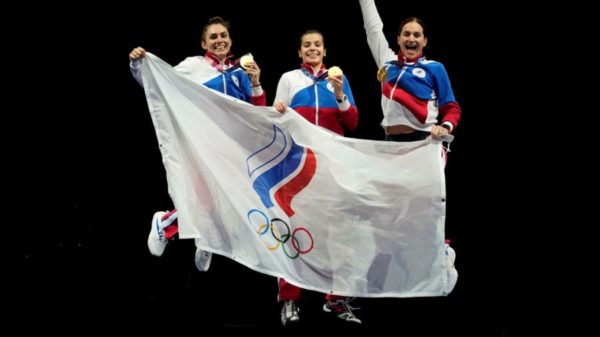 Will Russian athletes soon see the end of the tunnel? More than six months after the start of the invasion of Ukraine, the question should not be topical. Not yet. Since Thursday 15 September, however, the prospect of a return of Russian athletes to the stadiums has surfaced.

The news came unexpectedly from the United States. Susanne Lyons, the president of the US Olympic Committee (USOPC), surprised everyone by mentioning at a press conference on the sidelines of the 2028 Summer Games coordination commission’s visit to Los Angeles that the suspension of Russian athletes from international competitions would soon end.

“We know that the IOC is beginning to ask whether there is a pathway for the return of Russian athletes,” said Susanne Lyons, who will hand over her seat as USOPC president at the end of the year to Gene Sykes, the former chief executive of the Los Angeles bid for the 2024/2028 Games. It is beginning to contact all stakeholders, including international federations and national Olympic committees, for information. As I believe, we all believe that at some point, athletes should not be the victims of their government’s politics or other tensions in the world. There will inevitably be a desire to see athletes from Russia return and compete. But it remains to be seen when and in what form that might take.”

Susanne Lyons continued, “The Olympic movement is built on the notion that athletes from around the world should be able to come together in peace and compete in respect, equality and friendship. Many of us embrace this idea.”

Were Susanne Lyons’ statements prepared? It is difficult to answer. But they are surprising. The USOPC president is taking everyone by storm, being the first to mention a possible release from isolation for Russian athletes, less than two years before the Paris 2024 Games. It suggests that their return to the stage would be under consideration at the IOC headquarters in Lausanne.

Officially, the Olympic body remains firm on its position. Thomas Bach assured the German magazine Sport Bild last month that Russia would remain suspended. He suggested that it would be suspended as long as the war in Ukraine lasted.

But as the months go by, the conflict is becoming more and more entrenched. And the first qualifying competitions for the Paris 2024 Games have started, or will soon start, in several sports and disciplines. Maintaining Russia’s suspension as it stands would therefore mean sidelining its athletes and teams two years before the next Olympic Games.

As Susanne Lyons’ words suggest, the IOC is currently considering the best way, both sporting and political, to break Russia’s isolation. The Olympic body is consulting and analysing. At this stage, its position has not changed. But on Thursday 15 September, in reaction to the statements made by the American leader, it insisted on the importance of the role of sport as a “tool for unification in a world that is currently very divided”. The IOC refers to a “dilemma“.

The IOC has never formally suspended the Russian Olympic Committee (ROC). Nor has it excluded its four Russian members, including the two active members, Yelena Isinbayeva and Shamil Tarpischev. The Olympic body has repeatedly explained this two-tier policy by saying that Russian IOC members do not represent their government in the Olympic movement. The same formula could work for the athletes.