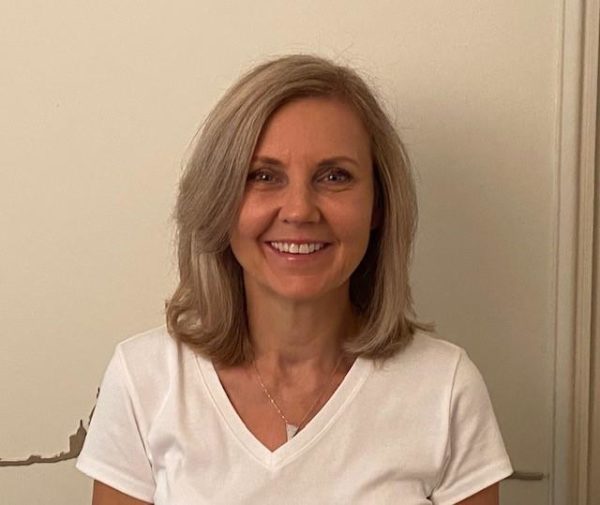 Multilingual and multinational. With less than two years to go before the event, the Paris 2024 OCOG has an increasingly cosmopolitan workforce. Holly Abraham is an example of this. The Canadian from Ontario joined the sports directorate in May 2021 as manager of gymnastics (artistic, rhythmic and trampoline) and goalball. With her, FrancsJeux adds a new piece to its bi-monthly series of interviews with the sports managers of the Organising Committee. The first in English.

Holly Abraham: I was working in Canada as a program manager for Canada Women and Sport. This is a national organisation that aims to increase the participation of girls and women in sport. I worked with Canadian sports bodies and associations to evaluate and develop gender parity, a rather unique mission. In addition, I was competition manager at the World Artistic Gymnastics Championships in Montreal in 2017. I also worked as a senior sport manager at the Pan American Games in Toronto in 2015.

The Tokyo 2020 Games. I had already joined the Paris 2024 OCOG. I went to Japan in that capacity, to work alongside the gymnastics team, my counterparts at the 2020 Olympic Games.

The Tokyo 2020 Games. I was marked by the people I was able to meet there, within the organisation. I saw the teams and volunteers working together and how they managed to work so well together. I was also very impressed by the athletes, their ability to overcome adversity to get to the Games, and then to perform at such a high level in front of empty stands.

Not one, but two files at the top of the pile. The first is the selection of suppliers for the equipment we will use for the gymnastics disciplines at the Olympic Games and then for goalball at the Paralympic Games. I am currently in discussions with all of them. This is an important part of my work. The other issue at the moment is the selection of the volunteers we will rely on during the Games. We are trying to find the right people for the key areas.

The gymnastics and goalball competition venues: their strengths, the challenges in the perspective of the Games?

For gymnastics, the plan is to use two distinct and quite different venues, but located in Paris: Bercy for artistic gymnastics and trampoline, and the Arena at Porte de la Chapelle for rhythmic gymnastics. Bercy is one of the iconic venues of the Games, one of the largest halls, already known in the gymnastics world for having hosted a large number of competitions. With such a history, it should not be difficult to meet expectations. But it is also a fairly old facility. The challenge will be to fit everything into the various spaces behind the scenes, for offices, storage… In contrast, the Arena at Porte de la Chapelle is a new, modern venue. The sides of the competition area will be larger. An advantage. But we will have it available later. Finally, goalball will take over the Arena Paris Sud 6, one of the halls of the Parc des Expositions at Porte de Versailles. But the teams will train in the athletes’ village. The challenge, for this discipline practiced by visually impaired athletes, will be the acoustics of the hall. It will be necessary to achieve silence during the game. We will have to carry out acoustic tests before the Paralympic events.

Paris 2024 will be a success for gymnastics and goalball if…

The Games will be a success if the athletes perform at their best, and this in front of a full house. After the lack of a crowd at the Tokyo Games, sold-out competitions would be a great reward. I would also like them to bring back very strong and vivid memories of the people they will have met and crossed paths with at the Paris 2024 Games. For us, the Games will be a success if we manage to take up the challenge for gymnastics of running two separate competition venues and three training venues.