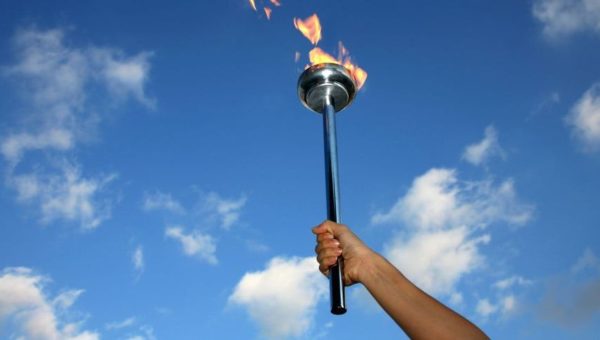 The decor changes but the names remain. With less than 23 months to go before the opening of the Games (D – 681 days on Wednesday 14 September), the Paris 2024 OCOG opened its “Torch Relay” file before the media. With an announcement that sounds like déjà vu: Coca-Cola will be one of the official sponsors.

The American giant, associated with the Olympic Games for 96 years, is a regular in the slow procession of the torch in the host country. It has accompanied the torch around the world for over a quarter of a century. For the Tokyo 2020 Games, where the torch was carried without a single spectator, Coca-Cola teamed up with another global partner of the IOC, the Japanese car manufacturer Toyota.

For Paris 2024, the American group will therefore take to the road again. A first sponsor of the relay was already known at the end of July: the French banking group BPCE (Banque Populaire – Caisse d’Epargne), which is also a first-tier (premium) sponsor of the OCOG. A third relay partner should be presented before the end of the year.

Coca-Cola announced its intention to take advantage of the upcoming Olympic and Paralympic Games to further accelerate the pace of sustainability and respect for the environment.

Eric Desbonnets, the vice-president in charge of engagement and the Olympic Games, explained on Tuesday 13 September that the event would enable the company to accelerate “the transformation of its distribution model“. During the Games, cans will be banned, glass bottles will be returned, cups will be reused and plastic bottles will be recycled. New: consumers will be able to serve themselves from drink fountains.

Another priority is inclusion. As a sponsor of the relay, Coca-Cola will be able to choose a thousand torchbearers. This is customary. But this time, the Atlanta-based group will select them mainly from among young people from disadvantaged neighbourhoods, who have been introduced to sport through an association supported by the brand, Sport in the City.

One question remains: the route. At this stage of the project, it is still rather vague. The OCOG wanted an XXL version, passing through all the French departments, but the refusal of certain elected officials to pay the fixed sum of 150,000 euros forced it to review its plan.

Delphine Moulin, in charge of the torch relay at the OCOG, explained on Tuesday 13 September that the flame would cross at least “sixty French departments“. It will also make a stop overseas, notably in Tahiti, site of the Olympic surfing events. But the idea of a foray abroad has apparently been abandoned.

The final figure for the number of departments crossed should be known by November. And with it, an estimate of the total cost of the operation, which is expected to involve 200 to 300 people. According to L’Equipe, each day of the torch relay will cost 450,000 euros, a third of which will be financed by the territories visited. The relay should last between 70 and 80 days. It will pass through around 700 towns. Total estimated budget: 30 to 35 million euros.

The route will be known in mid-2023. At the same time, the OCOG will unveil the design of the torch. The relay should start in the spring of 2024 and finish in the middle of Paris on Friday 26 July, the day of the opening ceremony. No fewer than 12,000 runners will pass the torch to each other during the relay. Solo, in pairs or in teams.