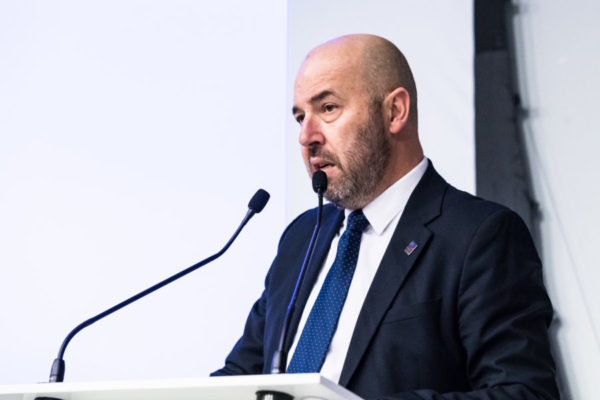 History will probably forget the date. Wrongly, because it is important. On Monday 12 September, the board of directors of the French National Olympic and Sports Committee (CNOSF), meeting in a hurry and exceptionally at the body’s headquarters in the south of Paris, voted to dismiss the secretary general. 683 days before the opening of the Paris 2024 Games. Less than two years.

Didier Seminet (pictured above), former president of the French Baseball and Softball Federation, appointed a little over a year ago to take on the role on a full-time, salaried basis, disappears from the organisation chart. Brigitte Henriques, the president of the CNOSF, wanted him to leave and informed the board of directors at a meeting at the end of August. She got it. But this decision, without plunging the body into crisis, shows its divisions in broad daylight.

A very terse press release, published late on Monday in two successive versions, states that “the 45 members (of the board of directors) present voted, by a required majority and by secret ballot, for the revocation of the mandate of the CNOSF secretary general.” The same press release states that “Didier Seminet remains a member of the CNOSF Board of Directors.” Finally, it announces that a new secretary general “will be appointed at a forthcoming board meeting.”

According to several sources, all anonymous (the board members were bound by confidentiality), a majority was certainly obtained, but not an overwhelming one. Twenty-eight voters were in favour of Didier Seminet’s departure. Seventeen voted against. The yes side therefore won with 62% of the votes.

A detail that is anything but anecdotal: several of Brigitte Henriques’ supporters during her campaign for the presidency of the CNOSF, where she was opposed to three other candidates, voted against Didier Seminet’s departure. This reversal could herald a more complex mandate for the team in place, with Didier Seminet now also joining the opposition.

The reasons for the removal of the secretary general, a first in the history of the CNOSF, remain unclear. Interviewed by AFP, Brigitte Henriques explained that the decision was the “fruit of a long and difficult reflection”. The former football international, who in June 2021 became the first woman to chair the Olympic body, had earlier said that the trio formed with Didier Seminet and the new director general, Lise Cosimi, who was recruited last December, “no longer worked“.

According to a person close to the CNOSF management, quoted by AFP, “there is an irreconcilable difference in the way things are done“.

A new secretary general will soon be appointed to team up with former fencer Astrid Guyart, who was chosen last year to take up the post of deputy in the wake of Brigitte Henriques’ election. But her appointment will not necessarily be imminent.

One name is circulating, that of Marie-Françoise Potereau. A member of the French Cycling Federation, she sits on the CNOSF board of directors under the mandate of the French Field Hockey Federation.

In such a hypothesis, the French sport movement could become the most feminine in the world, with a trio of President-Director General-Secretary General at the CNOSF, a woman at the head of the Ministry of Sport and the Olympic and Paralympic Games (Amélie Ouéda-Castéra), and another at the head of the Paralympic and Sport Committee (Marie-Amélie Le Fur).