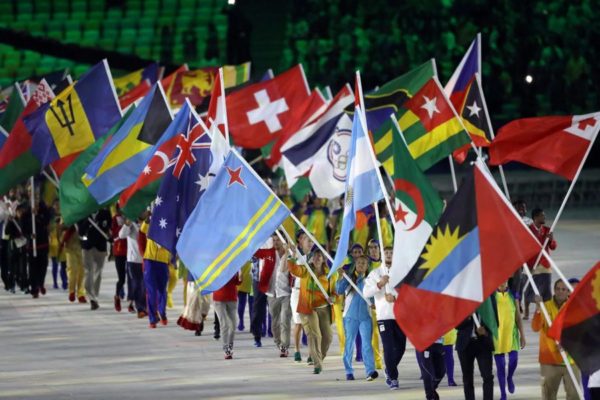 The decision may have gone unnoticed, overshadowed by the sanctions decided or to be decided against India, Guatemala and boxing. But it is important. And even, come on, decisive for the future of the Olympic Games.

The IOC Executive Board approved the “Strategic Framework on Human Rights” on Friday 9 September, on the second day of its fifth and penultimate meeting of the year. The long-awaited 50-page document is the result of several years of work. It is supposed to “profoundly shape the working practices of the IOC, the Olympic Games and the Olympic movement, ensuring that human rights are respected in accordance with their respective mandates.”

Put more simply, the document sets out a clear framework for what is allowed, and especially what is not allowed, in terms of human rights at the Olympic Games and in the Olympic movement.

The IOC makes this clear in a lengthy statement: its new approach “will guide the processes and decisions related to the selection of future hosts and the organisation of the Olympic Games, as well as the representation of athletes and the practice of safe and inclusive sport.” Clearly, applicants for the Games will have to fit into the framework on the issue of human rights or risk being rejected even before the dialogue phase.

The framework was developed on the basis of recommendations made in March 2020 by Prince Zeid Ra’ad Al Hussein, former UN High Commissioner for Human Rights, and Rachel Davis, vice-president and co-founder of Shift, the competence centre specialising in the “United Nations Guiding Principles on Business and Human Rights“.

Progress? Definitely. The only problem is that the resolution adopted last week by the IOC Executive Board comes a little late. It comes more than six months after the Beijing Winter Games, where the issue of human rights, including the treatment of the Uighur community by the Chinese regime, raised its share of questions and fuelled criticism.

Coincidentally, the IOC Executive Board’s decision came a week after Michelle Bachelet, the UN human rights chief, published a report suggesting that China’s detention of Uighurs and other ethnic groups could constitute a crime against humanity.

Question: Will the IOC’s new human rights policy change the game at the next Games, winter or summer?

In the short and medium term, certainly not. With Paris in 2024, Milan-Cortina two years later, then Los Angeles 2028 and Brisbane 2032, the IOC has given itself a long period of peace. Respect for human rights should not cause any controversy.

The same scenario applies to the Winter Games in 2030, where the three potential candidates – Sapporo, Vancouver and Salt Lake City – are unlikely to reverse the trend. For the future, however, anything is possible. Under its new “strategic framework”, the IOC is no longer expected to award the Games, or even consider a bid, to a country that fails to set an example on human rights.

Saudi Arabia, in particular, could see its plans nipped in the bud, despite the kingdom’s willingness to see the Olympics as the “ultimate goal”. The document adopted last week by the Executive Board makes this clear: the commitment to human rights also aims to ensure that sport is safe and open to all, without gender discrimination.

Asked at a press conference about the future impact on bids, Thomas Bach was vague, even evasive. “Which countries are we talking about? What will be the conditions in those countries by then?” the German leader suggested. This is just speculation and therefore we cannot go there.” Not yet.