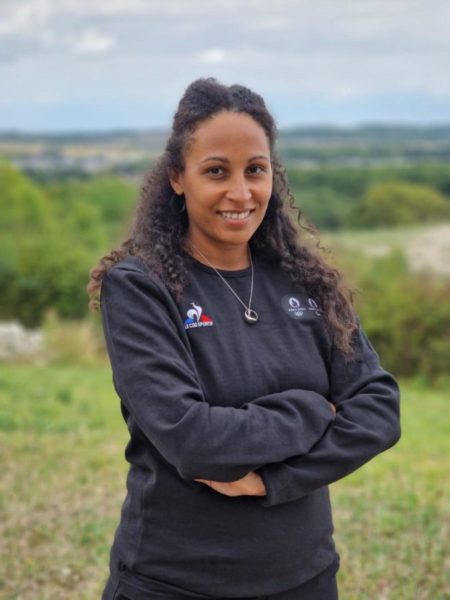 The series continues. After Pascale Bouton for rowing, and Gilles de La Bourdonnaye for table tennis, FrancsJeux continues its bi-monthly gallery of interviews with sport managers of the Paris 2024 Games. This week, the French Sarah Mehammedia, in charge of swimming and its five disciplines, spread over three different venues in the Olympic and Paralympic system.

Sarah Mehammedia: I worked for ten years at the French Swimming Federation (FFN), where I was the coordinator of international events organised on French soil. I then took maternity leave before joining the Paris 2024 OCOG.

I have never experienced the Games, but I was lucky enough to spend three weeks last year at the Tokyo Games on behalf of the Paris 2024 OCOG. I was able to observe all the swimming events at close quarters, working with the teams from the international federation (FINA) and my Japanese counterparts from the organising committee.

Do you have any special memories of the Games?

It is a recent one, dating back to the Tokyo Games: the victory of the Tunisian Ahmed Hafnaoui in the 400m freestyle. I was at the edge of the pool, in the front row. The emotion was very strong. I was also very marked by the victory of the French handball teams, both men and women, at the same Tokyo Games. I was able to attend both finals. I have been playing handball since I was a child, and these two gold medals moved me a lot.

The last big file was the finalisation of the competition calendar, event by event. It is now complete. I’m working a lot on transport and accommodation issues, but one subject is keeping me particularly busy: the recruitment of my team. My first recruit will join us in September. My team will then grow at the end of the year.

The swimming competition venues: their assets, the challenges in the perspective of the Games?

Swimming will take place at three very different venues: the Défense Arena in Nanterre for swimming races and water polo; the Olympic Aquatic Centre (OAC) in Saint-Denis for artistic swimming, diving and water polo; and the Alexandre III bridge in the middle of Paris for the marathon. Each of them has its advantages, but also represents a challenge to be met. The Alexandre III Bridge, between the Grand Palais and the Invalides, will be shared with the triathlon. The start of the swimming marathon will be given from one of the most beautiful bridges in Paris, with a view of the Eiffel Tower. The public will be close to the swimmers, which is quite rare in this discipline. But everyone will have to find their place, between swimming and triathlon. At the Défense Arena, the challenge will be to bring temporary pools for the first time to a venue that was not designed to host swimming events. But with its 15,000 seats, the Arena promises to be a fabulous venue to showcase the world’s best swimmers. Finally, the Olympic Aquatic Centre is currently under construction. We will be the first to use it. As with the Defence Arena, we have to plan ahead, working on plans with the architects. Once the Games are over, it will leave a beautiful legacy for Saint-Denis and the department.

Paris 2024 will be a success for swimming if…

It will be a success if swimming in all its forms offers athletes and spectators an incredible experience. Success will also come from French medals. Finally, my team will have to have fun during the Games, and the volunteers will also have to experience great moments, with the satisfaction of having been part of the event.