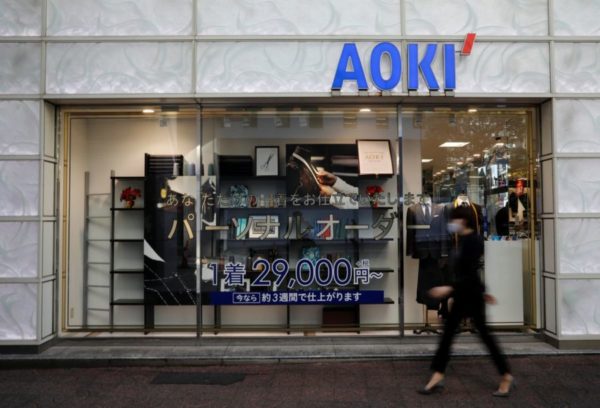 The affair turns into a soap opera. With an episode per day, a lot of revelations, but an epilogue still uncertain. Thursday, August 18, the day after the arrest of four people for alleged corruption related to the Tokyo 2020 Games, a new corner of the veil was raised in Japan on the Takahashi/Aoki scandal.

First discovery, reported by several Japanese media, including the Kyodo News agency: the company Aoki Holdings Inc, associated since the fall of 2018 with the Tokyo 2020 Games as an official supporter, would have benefited from a more than advantageous treatment from the organizing committee. Its partnership with the Olympic and Paralympic event would have cost it less than half the normal rate.

According to sources close to the investigation, the men’s suit and jacket company paid only 500 million yen, or about $3.7 million, to join the Tokyo 2020 national marketing program.

At the time of the signing, less than two years before the initial date of the Summer Games, it still cost three times that amount to gain the right to advertise as an official supporter, the third tier of the marketing program. The standard fee was set at 1.5 billion yen, or just over $11 million at today’s prices.

Aoki Holdings would have received a discounted contract, but without having to give up the benefits of being an official supporter. The Japanese brand was able to develop and market a line of suits with the Tokyo 2020 logo. It would have sold more than 30 000 suits in Japan. It also dressed the Japanese delegation for the opening ceremonies of the Tokyo Games.

Aoki Holdings entered the market with a ticket at a third of its price, and then was able to show its generosity by allocating the sum of 250 million yen (1.84 million dollars) to a program to support Japanese athletes. Generous, but only in appearance.

At the helm of the deal was Haruyuki Takahashi. Presented from the beginning as the central character of the affair, the Japanese executive would have served as an intermediary between the men’s clothing brand and the organizing committee, of which he was a member of the board of directors.

Haruyuki Takahashi was arrested on Wednesday 17 August for alleged corruption. Hironori Aoki, the founder and former president of the company, and two other executives of the company were also arrested.

Another revelation of the day was that Haruyuki Takahashi told Hironori Aoki that his company had been chosen as an official supporter a year before the official announcement. According to several sources cited by the Japanese media, the former boss of the Dentsu agency would have served in the summer of 2017 to the president of Aoki Holdings, and two other executives of the company, that their company would soon be associated with the Tokyo Games. It was only as of October 2018.

Only a few months after this “indiscretion,” the consulting firm headed by Haruyuki Takahashi began receiving monthly payments from Aoki Holdings. The payments, reportedly numbering around 50, continued for nearly five years.

In his defense, Haruyuki Takahashi told investigators before his arrest that he had offered Aoki Holdings a sponsorship contract for the Tokyo Games after the Dentsu agency, which was in charge of finding sponsors, had failed to find an official costume supplier.