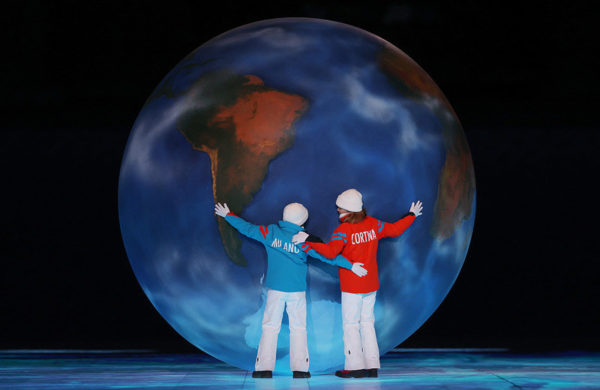 The Italians knew that the preparations for the 2026 Winter Games in Milan-Cortina would not be a smooth ride. With less than four years to go, the new episode promises to be dense and full of uncertainties.

Three weeks after the resignation of Prime Minister Mario Draghi and the dissolution of parliament, the Milan-Cortina 2026 issue is back on the Italian political agenda. Last week, the head of state, Sergio Mattarella, signed a decree, already published in the Official Journal, confirming the government’s entry into the board of directors of the organising committee.

This means that the government has entered the board and, by extension, has taken control. The new board of directors will be composed of 14 people. They will be appointed by decree of the President of the Council of Ministers.

According to the Italian media, seven of the 14 members will be appointed in agreement with the Italian National Olympic (CONI) and Paralympic Committees. Six other members will be chosen by the regions involved in the organisation of the 2026 Winter Games. Finally, a seat will be reserved around the table for a managing director, a function similar to that of a general manager.

The CEO will be appointed after consultation with the Italian government. He will have to work “in close relation with the Prime Minister’s office”.

The Italian media are not mistaken: despite the political crisis that is shaking the country, the Italian government wants to regain control. The daily La Repubblica refers to an “Olympic revolution“. No less.

According to several sources, Giovanni Malago is not under threat. He would retain his position as president of Milan-Cortina 2026, a position he combines with the presidency of CONI and an IOC membership.

On the other hand, Vincenzo Novari’s days would be numbered. The current director general of the organising committee, he was already announced as leaving last March by the Italian press. Against all odds, he was kept in his post.

But the takeover decided by the political authorities seems to condemn him to leave very soon. It remains to find a replacement who will suit both the government and Giovanni Malago.

According to La Repubblica, Flavio Cattaneo would have been the ideal candidate. Having worked in the public sector, notably at RAI, he is currently vice-president of Italo – NTV, a private railway company. He has an excellent relationship with Giovanni Malago. But the problem is that Flavio Cattaneo withdrew from the race even before the start signal.

Another name mentioned: Andrea Abodi. A former footballer and candidate in next month’s elections for the Fratelli d’Italia party, he is said to be appreciated by the Italian left. But the Italian press says he could instead accept the post of sports minister in the new government.

Finally, the name of Michele Uva is also being bandied about. A former director general of CONI, he has been UEFA’s director of football and responsibility since the beginning of last year.

In any case, the new strongman of Milan-Cortina 2026 will have to accelerate the pace. With less than four years to go before the Winter Games, the organising committee has so far been unable to announce more than one private partner, the Esselunga chain of shops. Skinny.

According to Il Sole 24 Ore, the national marketing programme could be beefed up in the coming months, with the arrivals of Deloitte (global partner of the IOC), Herbalife (sponsor of CONI), and Randstad. In total, the Organising Committee is expected to receive around €280 million for 2022, with a target of €575 million in marketing revenue.