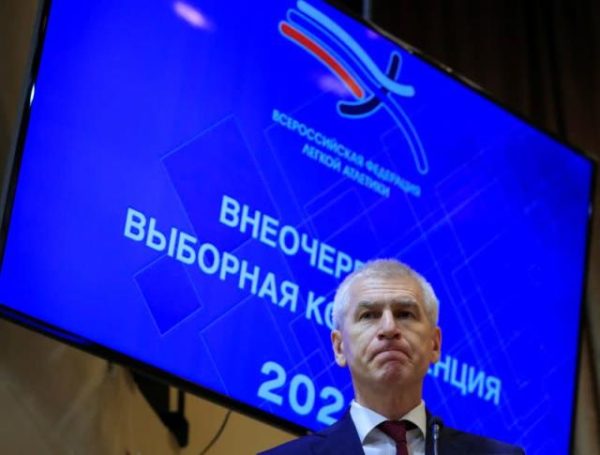 Isolated since the beginning of the invasion of Ukraine, excluded from international competitions and banned from the Olympic movement, Russia is not giving up. Two years before the Paris 2024 Games, it is even launching a counter-offensive. With the ambition to remain visible on the sports scene.

The first success, hailed by the Kremlin as a “victory”, was the re-election on Sunday 7 August of the Russian Arkadi Dvorkovitch as president of the International Chess Federation (FIDE). The “victory” in question did not make a crease: the Russian obtained 157 votes out of 179 possible. Above all, he beat his only rival, grandmaster Andrii Baryshpolets, who received only 16 votes. The loser of the day is Ukrainian. Quite a symbol.

A detail that is anything but anecdotal: Arkadi Dvorkovitch is not the first Russian to come along. Aged 50, he was Deputy Prime Minister between 2012 and 2018, until his election to the FIDE presidency. A Vladimir Putin man, therefore.

The Kremlin’s reaction, through its spokesman, Dmitri Peskov: “Obviously, this is very good news and a very significant victory.”

Another sign of Russia’s desire to continue to influence the sports movement is the announcement by the Minister of Sport, Oleg Matytsin (photo above), of the forthcoming creation of international sports competitions. This is not the first time the Russian leader has promised to bring his country’s athletes back on the scene. But this time, Oleg Matytsin has laid out his cards.

The former president of FISU (International University Sports Federation) explained that he had already reached out to the member countries of two international organisations supposedly close to Russia: the BRICS and the SCO. The first group includes, in addition to Russia, China, Brazil, India and South Africa. Iran and Argentina have applied to join the bloc. Saudi Arabia, Turkey and Egypt have also expressed interest in becoming members, or in formalising their partnership with the group.

“We are working on different formats with the BRICS and SCO countries,” explained Oleg Matytsin on the sidelines of the Russian athletics championships in Cheboksary. Four billion people live there. This is not an alternative to the world championships, but a new competition.”

The Russian minister insisted: “World sport cannot hope to prosper without Russia’s participation. I believe that the exclusion of our athletes will not last long. But it offers an opportunity to strengthen our sporting ties with the BRICS and SCO countries.”

Will the countries concerned play along, or risk finding themselves in a difficult position? Only time will tell. But one thing is certain: Russia seems determined to get its athletes back on the track. With two years to go until the Paris 2024 Games, the Olympic qualifiers will soon begin. They will do so without the Russians and Belarusians.

The risk of an exile of the best Russians? Oleg Matytsin does not believe it. “I don’t fear that they will change their nationality, I don’t see any objective reasons for them to do so,” he suggests. Money is not everyone’s main motivation. In Russia, we do not only reward our athletes with bonuses, we also provide them with social benefits, training assistance… I don’t believe in the risk of a mass departure. We will overcome this difficulty.”