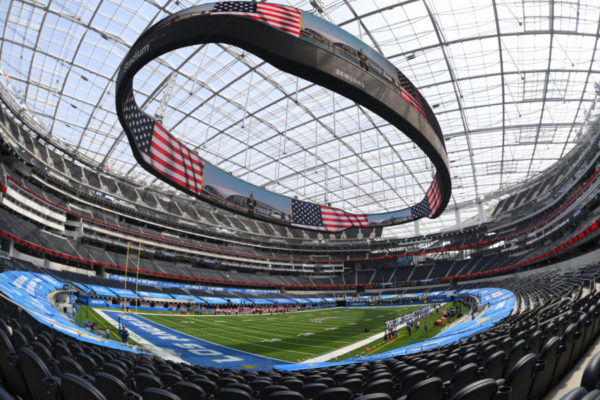 The race is on. It looks very indecisive. Less than six years before the deadline, no less than nine sports have been selected by the organizing committee of the Los Angeles 2028 Games to eventually join the Olympic program.

The list was announced longer. It was reduced. It is presented as a rather heterogeneous mixture of collective sports – baseball/softball, lacrosse, cricket and flag football – and individual disciplines – karate, squash, breaking, kickboxing. With a surprise guest, a sort of UFO in the Olympic world: car racing.

The full cast of contenders was never revealed, but it included at least half a dozen other more or less recent sports, including teqball and sambo. They were not selected.

Nine candidates, then. But for how many places? A mystery. At the Tokyo Games, the program had five additional sports (karate, climbing, surfing, skateboarding and baseball/softball). For the Paris 2024 Games, the list has been reduced to four (climbing, surfing, skateboarding and breaking). With new entrants not expected to increase the quota of 10,500 athletes, LA28’s room for manoeuvre looks to be reduced, especially if Californians choose to select at least one team sport.

The international federations of the nine sports on the short list will be invited to a presentation to the Los Angeles 2028 organizing committee in August. It will then be up to the Americans to propose a final list to the IOC Executive Board. The final decision will be made at the IOC session, scheduled for late May to early June 2023 in Mumbai, India.

Six criteria have been established by the IOC for the selection of new sports. Among them, the inevitable issue of sustainability and the no less inevitable question of cost and complexity. But also, in no particular order, gender equality, the attractiveness of the sport in the host country and its impact on a global scale, equity and integrity, health and safety of the athletes.

Who can win? On paper, everyone. In their own way, often very different, the nine applicants have already (almost) all slipped a foot in the door.

Present in the Olympic program between Atlanta 1996 and Beijing 2008, baseball and softball were wiped off the map from London 2012. But they returned to the landscape, as additional sports, at the Tokyo 2020 Games. Before disappearing again for Paris 2024. In Los Angeles, the two disciplines will be at home.

Cricket was present at the Paris Games in 1900, before leaving the Olympic scene and never returning. Its international federation, the ICF, has been campaigning for a long time for a return to the scene. It proposes a more accessible format, the T20. The women’s version is on the program for the 2022 Commonwealth Games in Birmingham. The presence of cricket at Los Angeles 2028 could boost the event’s audience in India, the world’s second most populous country.

Lacrosse, a typically American sport, was on the program of the St. Louis Games in 1904, then those of London in 1908. It was also a demonstration sport in Amsterdam 1928, Los Angeles 1932 and London 1948. Since then, nothing. The discipline suffers for sure from its lack of universality, but it would also play at home in LA 2028.

Finally, the last team sport invited to present its strengths and assets, flag soccer can count on the support of the NFL. In its best-known form, American Football was a demonstration sport at the 1904 St. Louis and 1932 Los Angeles Games. More accessible, less expensive and, above all, mixed, flag soccer made its debut last month at the World Games in Birmingham, Alabama.

In individual sports, karate was an additional sport last year in Tokyo 2020, before being excluded for Paris 2024. It is trying its luck again. Breaking will discover the Olympic setting in two years in Paris 2024. He also dreams of a less ejectable seat.

The kickboxing and the squash, on the other hand, have never been invited to the Summer Games, even as a demonstration sport. But both disciplines have often applied. Squash, in particular, is in its seventh attempt to integrate in one way or another the program.

That leaves motor sport. The intruder. At first glance, its chances do not seem the strongest. But its presence in the short-list for Los Angeles 2028 is enough to make it a candidate not to be neglected. Present at the Paris Games in 1900 as an unofficial sport, it then disappeared from the scene and never really thought about coming back. But the emergence of electric racing has changed the situation and the ambitions of the International Automobile Federation (FIA).

At the 2018 Youth Games in Buenos Aires, the FIA made a timid return by presenting e-karting as a demonstration event. A first step. Probably not the last.