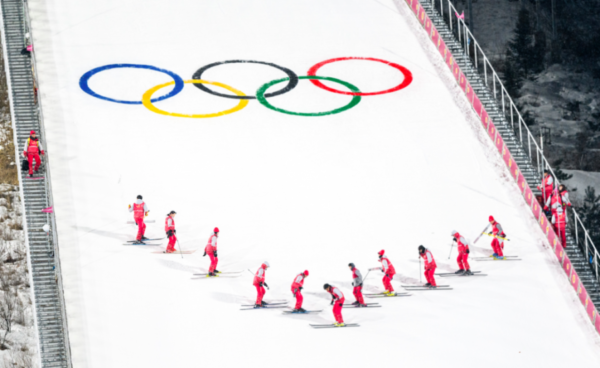 The project had been wiped off the map. It seemed to be buried in the dustbin of history. But it has resurfaced, with a new face and a refined look. In the race for the 2030 Winter Games, Spain is still breathing. It has not given up.

Against all odds, the government of Catalonia pulled out of its hat last week a bid for the Winter Games. In 2030 in the most optimistic scenario, but also the least realistic. For the edition 2034 in the most credible version.

Less than two months after the decision of the Spanish Olympic Committee (COE) to give up the project Pyrenees-Barcelona 2030, where the two regions of Catalonia and Aragon were supposed to make common cause (but never managed to agree on the distribution of sites), the Catalans raise their finger again. This time they are doing it alone. To hell with the idea that there is strength in numbers.

Laura Vilagrà, the Minister of the Presidency, took advantage of a meeting of regional representatives to present the details of the project. Proof that things are moving fast, and not just fantasy, the device imagined by the Catalan authorities has already been posted on the website of the regional government.

Not surprisingly, the new concept has a family resemblance to the Pyrenees-Barcelona 2030 project. Catalonia retains the sites and sports that were assigned to it. It adds others, initially planned in Aragon. The new Olympic and Paralympic plan proposes the construction of an ice sports center in Gavà, where curling would be played. The ski jumping would be relocated to Sarajevo, in Bosnia-Herzegovina, host city of the Winter Games in 1984.

According to Laura Vilagrà, the candidature would be a national project, already benefiting from a wide social and territorial consensus.

With this new card, does Spain return in the race? Not so fast. The IOC rules leave little room for doubt: a bid for the Games, winter or summer, must be presented by a national Olympic committee. To join the current campaign, Catalonia will have to obtain the approval of the COE and its president, Alejandro Blanco.

At this stage of the process, the green light of the Spanish leader is not a formality. Alejandro Blanco had multiplied efforts and attempts at conciliation between the two regions to bring the Pyrenees-Barcelona 2030 project to a successful conclusion. After its failure, he suggested that he would be willing to try again, but not before the Winter Games in 2034. It is not certain that the president of the CEO will reverse his position and drive for Catalonia for the 2030 edition.

Another obstacle: the time. The IOC has repeatedly stated in recent months its desire to designate a preferred candidate, or even two, at the December meeting of its Executive Board. The session of the body in May and June 2023, scheduled to take place in Mumbai, would then be invited to officially designate the host city of the event.

With four months to go before the first of the two deadlines, Spain is behind schedule, which seems very difficult to make up, if not almost impossible. In the event that the Spanish Olympic Committee validates the Catalan project, it will be necessary to renew the dialogue with the commission of the future hosts of the IOC Games, then to present a solid file, on the technical and budgetary plans. And this, at the latest in November.

The three other candidates for the 2030 Winter Games – Sapporo in Japan, Salt Lake City in the United States and Vancouver in Canada – have already received a visit from a team of IOC experts. They have also decided on the question of the referendum. Spain is not there yet.

Nevertheless, the Spanish cause is not lost. It could even benefit from a possible impoverishment of the competition. The Americans in Salt Lake City have not yet decided between 2030 and 2034. The Canadians in Vancouver, on the other hand, have not formally announced their decision to enter the battle.

If the two North American bids were to withdraw, the IOC would see the Catalan bid as the only option to avoid the disaster scenario of a single bid, carried by Sapporo.