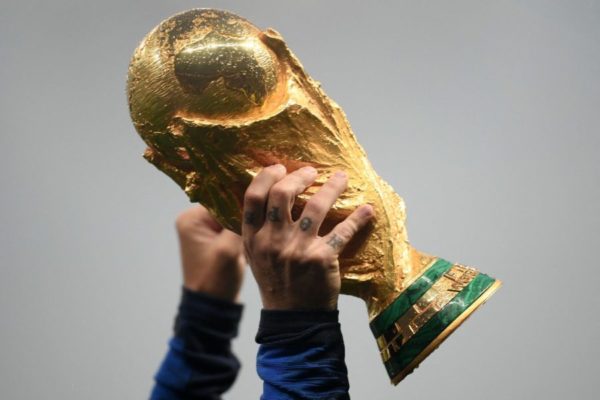 The deadline may seem far away, but the big maneuvers have already begun. The South American bid for the World Cup in 2030 has put forward a new pawn, on Thursday 28 July. A decisive pawn.

As expected since a meeting last June of the four governments, Argentina, Uruguay, Paraguay and Chile have formalized their project to host the Centennial World Cup in eight years. In Asuncion last month, Paraguay’s vice president, Hugo Velazquez, had confirmed the four countries’ willingness to “re-launch their intention to host the 2030 World Cup.” Today, the intention is made concrete with a more official announcement.

The South American project dates back to the year 2017. It was initially carried by Argentina and Uruguay. Very quickly, Paraguay joined the adventure. In February 2019, the three applicants became four with the arrival of Chile. The global pandemic has slowed their march, but without ever encouraging them to give up.

With their official bid announced by the Argentine Football Association (AFA), the South American bid should quickly gain momentum. The precise details of the project are not yet known, including the potential distribution of stadiums, but they should be unveiled early next month.

If successful, the 2030 World Cup would be the first in history to be held in four nations. The 2026 edition will already mark a turning point, with three host countries, the United States, Mexico and Canada, and a 48-team final phase. For the next one, FIFA could still shake up its habits.

At this stage of the campaign, the picture remains very vague. Two questions, above all, still lack a clear answer.

The first one concerns the final decision of FIFA. The body is supposed to announce the winning bid in May 2024, six years before the event. But the complexity of a possible World Cup in four countries, with 48 qualified teams, could lead FIFA to advance its choice.

Another unknown is the competition. In addition to the South American project, another candidature is already official. It is carried by Spain and Portugal. The two countries are not dragging their feet. Spain, in particular, announced in mid-July that it had pre-selected fifteen stadiums, an initial list that will be reduced to eleven in the coming months.

For the rest, the competition is unclear. Morocco has already been a candidate five times (1994, 1998, 2006, 2010 and 2026), without ever having been successful. Will it do it alone? Last June, the rumor circulated in the English and Spanish media that Morocco could join Spain and Portugal, an option that would be rather appreciated by Gianni Infantino.

Still in Europe, the four-way project of Bulgaria, Greece, Romania and Serbia was once much talked about. But it was never officially submitted. Last February, UEFA dealt a blow to the project, probably fatal, by explaining that it wanted to support only one European project, and then by explaining that it would be that of Spain and Portugal.

The British project was also thrown out. England and Ireland crossed it off the list by choosing to bid to host Euro 2028.

With less than two years to go before the decision is made, or even less if FIFA opts for an earlier choice, the battle that is taking shape should oppose the South American project to the Spain-Portugal ticket.

Faced with the economic power of the European market, South America intends to play the history card. “We want to remind you that the first World Cup was held in Uruguay in 1930, and that our continent exports the best players in the world,” insisted the vice-president of Paraguay, Hugo Velazquez, last June. Is that enough? Not sure.