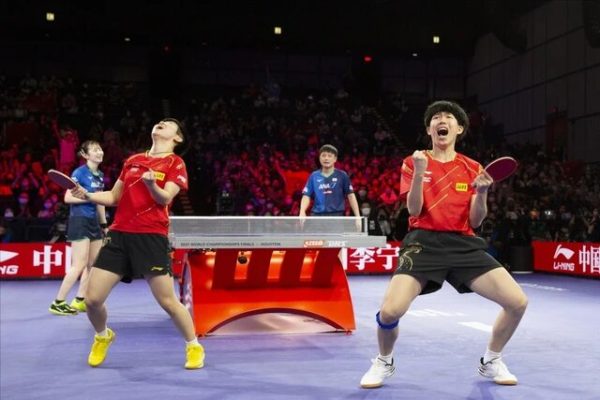 One exception. Only one, but it is a big one. Unless the situation changes, China will organize a major event on the international sports calendar by the end of 2022. Seven months after the Beijing Winter Games, it should maintain a world event planned on its soil. The only one to be spared by the wave of cancellations and postponements imposed by health constraints.

The city of Chengdu, 16 million inhabitants, capital of Sichuan province, will host the World Table Tennis Team Championships from September 30 to October 9. The event was originally scheduled for last April. It has been postponed to the fall. But the International Table Tennis Federation (ITTF), which held a meeting of its executive committee in Malmö (Sweden) in the last two days, confirmed the competition. The body chaired by the Swedish Petra Sörling also specified that Russia and Belarus would be excluded.

With 100 days to go before the event, on July 11, the ITTF issued a statement to ensure that the World Team Championships were on track. “All eyes are on Chengdu, and we are looking forward to a breathtaking competition,” Petra Sörling suggested. “As we are about to accelerate preparations, I am grateful to our hosts, who have taken all the necessary steps to ensure the success of our flagship event.”

At the time, the ITTF president’s words and confidence may have left her skeptical. Since the Beijing Winter Games, China has cancelled one by one all the international sports events planned on its soil in 2022. Among the last ones on the list, the Asian Games in Hangzhou, shifted to 2023.

But table tennis, often presented as a national sport in China (the country has won 32 of the 37 Olympic titles in history), seems to benefit from a special treatment. “Two months before the deadline, the ITTF and the preparatory committee of Chengdu accelerate their preparations, explained the authority Wednesday, July 27. The Executive Committee was pleased with the progress made on the COVID-19 countermeasures to ensure that all participants arrive safely, participate safely and return safely.”

According to our information, the organizers and the ITTF will take advantage of the symbolic date of D – 2 months, Saturday, July 30, to unveil the logo of the World Team Championships. A new illustration of the determination of the Chinese to maintain the event.

The next one is announced for August. One month before the competition, the Chinese will unveil the details of the sanitary measures imposed on the 80 teams (40 men and 40 women) qualified for the 2022 World Championships. Unless there are surprises, they will be very strict. The organizers could use the principle and the main lines, but on a reduced scale, of the “closed circuit” set up for the Beijing Winter Games. The competitions could take place behind closed doors, without any spectators

In any case, the World Team Championships in Chengdu will be an event, or at least a curiosity. The only international sports event organized in China this year since the Beijing Winter Games.