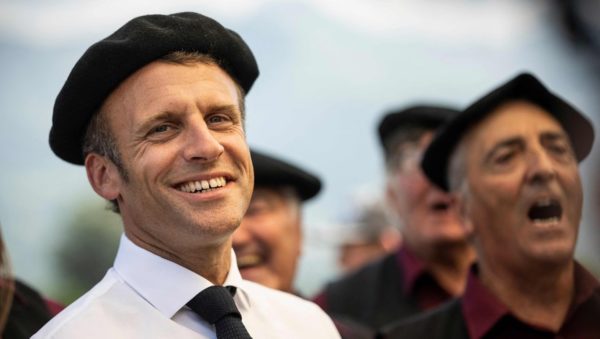 The week was announced calm for the COJO Paris 2024, stuck between the bridge of July 14 and the mark to come, Tuesday, July 26, of D – 2 years before the opening of the Olympic Games. But the news knocked three times at its door in only one day, Thursday, July 21st. A political and commercial news. The sport will come later.

The business, first of all. The OCOG has not yet announced its next premium partner (the luxury group LVMH?), pointed out as an imperative necessity in the recent report of the audit committee chaired by Jacques Lambert, but it has already found two sponsors for the torch relay. The Banques Populaires and the Caisses d’Epargne will sponsor the long journey of the torch across France in 2024, along a route that is still under construction.

The two sponsors are actually just one, as the two banking networks belong to the same entity, BPCE, which is already involved in the Paris 2024 Games adventure. The group has even made history as the first premium partner of the OCOG, announced in September 2018, even before the official opening of the national marketing campaign.

The commitment of Banques Populaires and Caisses d’Epargne “will make it possible to bring this exceptional event to life in the regions, which will begin in the spring of 2024 and will kick off this celebration until the Paris 2024 Games,” explains a statement from the banking group. The two sponsors announce that they want to allow their customers, members, employees and the general public to “take an active part in the celebrations that will take place in the French regions”.

BPCE should not remain the only sponsor of the torch relay for long. It could be joined by one or more of the IOC’s global partners, members of the TOP program. For the Tokyo 2020 Games, Toyota and Coca-Cola had shared with Japanese companies the sponsorship of the torch’s route.

Now for the politics. Amélie Ouéda-Castéra, the new Minister of Sports and Olympic and Paralympic Games, announced at the OCOG board meeting on July 12 that Emmanuel Macron would bring together the project’s stakeholders before the end of July. The head of the State confirmed on Thursday that the meeting would be held on Monday, July 25 at the Elysée. It will be a “meeting of site with the services of the State” to make a point of stage on the preparation.

“We have many issues, access to events, ticketing, issues of preparation of our athletes, good conditions for all delegations, security, organization and finalization of work” explained Emmanuel Macron on France 2, on the sidelines of his presence on the stage of the Tour de France in Hautacam, in the Hautes-Pyrénées (photo above). “On Monday, I will hold a meeting with the State services: the ministers, because several of them are new and it is important to remobilize; all the State services, the prefects, those who are in charge of security, the technical teams”.

Obviously, the president of the Republic wishes to put more regularly the nose in the file Paris 2024, in two years of the deadline. He explained on Thursday his will to proceed in the autumn to another “point of stage“, but this time with the elected officials. “Many are concerned: obviously the city of Paris, the metropolis, the Region, detailed Emmanuel Macron. But it is territories throughout France that are concerned by the Olympics: Marseille, French Polynesia…”

A takeover? The head of state does not present it that way. In the Pyrenees, he assured that the preparation was at the “right level”. But he insists: “We know what needs to be reinforced, we know the points where we must secure everything, lock everything down. It is now a time trial, and it is in teams”.

Still in the political department, the arrival of a new prefect of police of Paris, Laurent Nuñez, 58 years. Called to replace Didier Lallement, he was officially presented on Thursday, July 21 by Gérald Darmanin, the Minister of the Interior. His mission: to set the security of the Paris 2024 Games to music after the resounding failure of the last Champions League final at the Stade de France.

The message delivered to the new prefect by Gérald Darmanin is unambiguous: “You will be the police prefect in charge of the Olympics, and the entire police prefecture must be turned towards this objective. The upcoming organization of the Rugby World Cup 2023 and the Olympic and Paralympic Games are major challenges and I ask you today to ensure the general mobilization of all the resources of the police headquarters.”