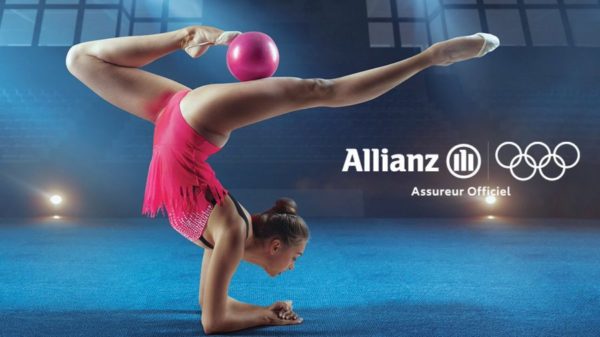 Two years before the Paris 2024 Games, the IOC’s global partners are stepping up the pace. With the will to take full advantage of the next Olympic and Paralympic appointment to activate a global partnership made difficult by the health conditions at the Games of Tokyo 2020 and Beijing 2022.

Last to arrive in the TOP program of the IOC, the insurance group Allianz has only known the Games in its COVID mode, since its entry in the narrow circle of the world sponsors. Not easy. For Paris 2024, the German-based insurer has already put itself in order of battle. With what means? For what results? Marie-Doha Besancenot, CSR, Brand and Communication Director at Allianz France, answered FrancsJeux’ questions.

FrancsJeux: How did you experience the Tokyo 2020 and Beijing 2022 Games, where the Allianz Group was making its debut as an IOC global partner in the TOP program?

Marie-Doha Besancenot: They were the first ones, indeed, since the partnership between Allianz and the IOC covers the period 2020-2028. But the group had already been a partner of the Paralympic Games since 2006, before becoming the IPC’s first partner in 2011. In Tokyo as in Beijing, the experience was obviously very special – due to the health crisis – with limited opportunities to activate our global partnership with the IOC. Only the employees directly involved in the Paris 2024 Games went to the Games to get their bearings. In terms of activation, we worked mainly on our team of athletes. Team Allianz has nine athletes, both Olympic and Paralympic. With the exception of established athletes like Clarisse Agbegnenou and Michaël Jérémiasz, it is made up mainly of young hopefuls, who represent the new Olympic disciplines, including surfing, breakdancing and BMX. They were our first vector of activation for Tokyo 2020 and Beijing 2022.

Will the Paris 2024 Games see the Allianz Group pick up the pace?

Yes. They will be the first Games in Europe since we joined the IOC’s TOP program. And the Allianz Group’s headquarters are in Europe, in Munich. This Olympic partnership, and the international visibility of the Paris 2024 Games, can help us achieve the ambition set by Allianz: to become one of the top 25 most recognized brands in the world. With 2,500 points of sale in France, the group’s French subsidiary will be able to benefit from the advantage of having the Games at home.

How do you activate a global partnership at an event like the Olympic Games, where brands are not visible at the competition sites?

Our activation is based on three pillars. The first is employee engagement. The health conditions of the last two Games did not allow us to go very far in this area, but we are stepping up our actions for Paris 2024, by allowing several hundred employees to volunteer for a period of ten days. The second pillar is business. Belonging to the TOP program allows us to rub shoulders with very large global companies. The IOC also provides us with a framework to encourage exchanges. We want to capitalize on this proximity to develop activities together. Finally, the last pillar is the brand. With the Games, Allianz can reach a new level in terms of awareness and visibility. In France, for example, Team Allianz can contribute to this. Our Allianz France branches can also contribute, with their presence throughout the country. They will be mobilized and already have the communication tools.

Do you make a difference in the activation of your partnership between the Olympic Games and the Paralympic Games?

No. The two events form a whole. We don’t make a difference. Team Allianz is proof of this: alongside athlete Typhaine Soldé, we have welcomed a new disabled athlete during the Winter Games this year, alpine skier Oscar Burnham, to have a team that is representative of both events. We are already discussing with France Télévisions Publicité to find out about their Paris 2024 plans and to anticipate a purchase of space on both events, Olympic and Paralympic.

Does your partnership with the IOC also include an insurance component?

It guarantees us to be the only insurer whose name is associated with the Olympic Games. For Paris 2024, we have already won some tenders. Allianz is particularly interested in the buildings built to host the Games and in insuring sports events. For the Rio 2016 Games, we insured the French Olympic team in all its dimensions. At the time, we dedicated a campaign to the experts behind the scenes, all those who help athletes perform, including trainers and physiotherapists.