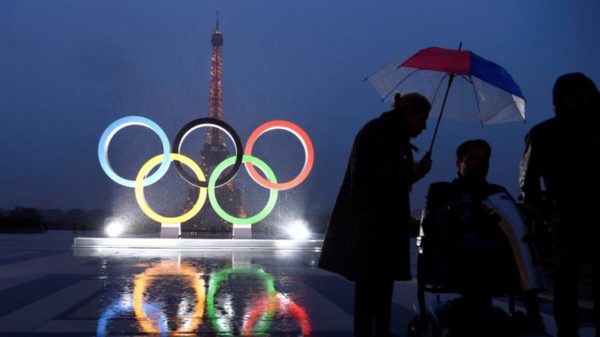 How is the Paris 2024 OCOG doing? With 752 days to go, its health would benefit from finally being able to put a name to the site of the first round of the basketball tournament. But, this logistical question aside, the answer is rather positive. It is contained in a report presented last weekend to Tony Estanguet and his entourage by Jacques Lambert, the chairman of the audit committee.

The document seems to be trustworthy. First of all, by its method. Three months of work to “lift the hood“, according to the expression of the OCOG, with hands in the mud, with unlimited access to internal documents and interviews at all levels of the pyramid.

Then there is the man himself. At 74 years old, Jacques Lambert is imposing with his experience, his wisdom and his neutrality. Prefect of Savoie during the Albertville Games in 1992, then director general of the French Football Federation, he directed the organizing committee of the Euro 2016 soccer tournament in France. The man knows music.

Appointed as a matter of course in March 2021 to chair the audit committee of Paris 2024, an independent panel of less than a dozen “qualified personalities”, Jacques Lambert was commissioned at the beginning of the year by Tony Estanguet to make “a progress report on all risks”.

The result is a report. It will be presented on July 12 to the board of directors of Paris 2024. It should also be shared with the IOC, in the perspective of the discussions to come, presumed delicate, on the model of delivery of the Games.

Its content? A rather subtle mix of good points and warnings. A certified state of affairs without complacency, where the organizing committee is presented as a pupil without real weakness, called to a brilliant future if it knows how to avoid the pitfalls.

Let’s skip the praise. In his report, Jacques Lambert considers that the OCOG “has a structured and efficient system for managing and controlling its expenses”. Cool. The system in question “is based on competent staff, robust tools and proven procedures“.

The same audit committee assures that the OCOG has also “put in place a methodical process for identifying, classifying and evaluating the budgetary risks to which it is exposed, which ensures that all known, probable or possible risks are known and monitored.”

Another success noted by Jacques Lambert: Paris 2024 has built a detailed table of budgetary risks and opportunities that allows it to “have a real-time view of proven, probable and possible additional revenues and expenses.” Clearly, Tony Estanguet and his teams know where they stand at each stage of their navigation, without having to guess in the stars or the coffee grounds the risks to come and the costs to be borne.

The risks, now. Chart or not, they exist. They are not insignificant. The first one could have been pointed out by any student of economics: inflation. Tony Estanguet has already warned the Olympic movement during the general assembly of the ASOIF (Association of International Summer Olympic Sports Federations) last month in Lausanne: the current rise in prices, caused in particular by the conflict in Ukraine, threatens the budget of the Games. It will undoubtedly impose a wave of savings.

To prevent the risk, the audit committee suggests “to isolate the sectors really subjected to an inflationary risk, to limit the field of the revision of the prices and conversely to secure the level of the prices on the other sectors”. At the top of the list is freight. Jacques Lambert also recommends including an “indexation clause in contracts” signed with service providers. This would prevent the service providers from inflating their prices in advance in anticipation of future inflation.

Another recipe, also based on common sense, is an increase in revenue. The report recommends caution, considering that it would not be appropriate to increase the marketing objectives (1.099 billion euros). But it believes that the arrival of a new tier 1 partner would be welcome, if not essential. Barring a bad scenario, it would be imminent and would concern the luxury group LVMH.

More unexpected: Jacques Lambert recommends an increase in the payroll. Champagne for everyone. But, clarification brought by the OCOG, it is not question of distributing increases to all the floors of the Pulse building, the headquarters of the OCOG in Saint-Denis. The audit committee actually believes that it would be more economical to deal internally with certain aspects of the organization that were planned to be subcontracted, particularly at the competition sites.

Finally, the report underlines with a thick line that “everything must be done to preserve the reserve for contingencies at its highest possible level, in order to be able to absorb the unforeseen events which will not fail to arise in the last months of the preparation of the Games”. Initially established in 300 million euro, the reserve in question was raised to 315 million. To date, it is always intact.