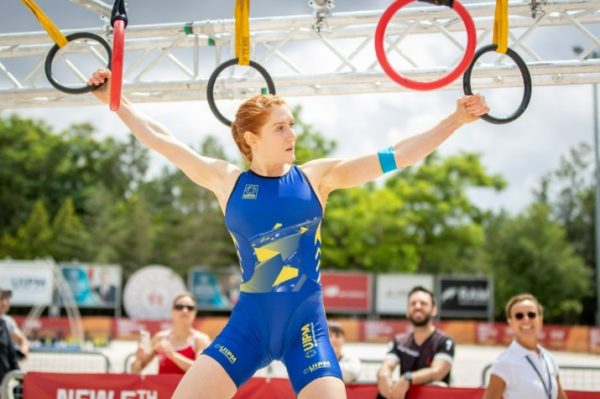 A historic day? The future will tell. Seven months after announcing the abandonment of equestrianism, the modern pentathlon opened a new page in its long history on Tuesday 28 June. Its international federation, the UIPM, organised in Ankara its first test competition of the new discipline, the obstacle course.

The UIPM did not skimp on the means. Associated for the occasion with the International Federation of Obstacle Sports (FISO), it did business with two major players in the discipline, the Japanese audiovisual group TBS (Tokyo Broadcasting System Television), and the American promoter Spartan Race.

The result: an obstacle course inspired by the Ninja Warrior TV show, produced by TBS in more than 160 countries around the world. Spectacular. Above all, far removed from the much more aristocratic image of show jumping.

A day of training and discovery was offered on Monday 27 June to the hundred or so athletes from 19 countries. The programme included six categories, four of which were reserved for pentathletes, with two possible runs over the obstacle course.

History will remember that the women’s competition was dominated by Guatemalan Sophia Hernandez, a regular in the world’s top 50. She beat Britain’s Jessica Sutton and Italy’s Ludovica Montecchia. In the men’s category, Germany’s Tobias Hierl (GER) won the race, ahead of Ecuador’s Andres Torres and the other German Robin Schmidt.

A conclusive test? It is too early to say. Cautious, the UIPM wants to give itself time. A survey was conducted among the athletes, coaches and observers present in Ankara at the beginning of the week. Its results will be analysed by the working group on the fifth discipline. A second test is also planned in the coming months.

At the end of this test phase, the UIPM Congress will be invited to vote on the adoption of the obstacle course. If the result is positive, the new discipline will be submitted to the IOC. If it is approved, the Executive Board could reinstate the modern pentathlon on the programme of the Los Angeles 2028 Games.

The road is still long, therefore. But the test in Ankara, which could have turned into a disaster, gives reason for optimism. The UIPM president, Klaus Schormann from Germany, does not hold back his words: “Today we had the first historical test for the integration of a new 5th discipline. A new era for our sport. The layout of course was dynamic and challenging, revealing the versatility and unique abilities of the athletes. They really enjoyed the competition, it showed on their faces and could be seen in their interviews after the competition. It was an excellent first step.”

Klaus Schormann has no doubt that the modern pentathlon is undergoing a revolution, moving away from the highly formal elegance of equestrianism to an event designed for television. “It is not simply a matter of replacing one discipline with another, said the German leader. The obstacle course will transform the modern pentathlon into an attractive multisport for television, but also for young people and business partners.”

On the athlete side, the young Frenchman Cedric Chatellier, winner in the junior category, is already on the winning side. “I really found the new discipline very cool, with lots of various obstacles, he says. Very interesting. I liked it and it worked out pretty well. Sure, it’s quite hard on the hands and arms, but with a bit of getting used to it should get better. I hope the IOC will see that this is a good initiative.”

Will the Olympic body be tempted by the idea of Ninja Warrior at the Los Angeles 2028 Games? Not impossible.