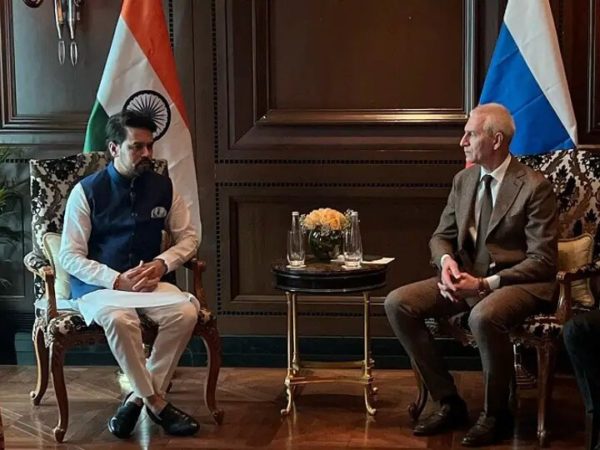 Russia has come to terms with the fact that its invasion of Ukraine has not only sidelined it from the international sports movement, but also condemned it to throw out its plans for an Olympic bid. But the Kremlin would like to play an active role, even behind the scenes, in a future campaign to host the Games.

Oleg Matytsin, Russia’s sports minister, has made it clear that Russia would be “very happy” to help India win the Summer Olympics in 2036. He told RIA Sport, the sports arm of Russia’s Novosti news agency, on the sidelines of his recent visit to India for the International Convention Against Doping in Sport in New Delhi.

“If India’s dream of hosting the Olympics comes true, it could contribute to the country’s stable development, Matytsin said. We are always open to interaction, and always ready to share our experience in organising the Olympic Games. We have done so many times. If a decision is taken in this direction, Russian experts would be happy to help organise the Olympic Games in India.”

At this stage, the aid proposed by Russia is more symbolic than concrete. It depends on the willingness of the Indian authorities to take their bid for the Summer Games in 2036 further. And, secondly, on their desire to get closer to a country, Russia, which is unquestionably the most unpopular country in the Olympic movement.

But the words of Oleg Matytsin, who was president of the International University Sports Federation (FISU) until he joined the government, send a clear message: Russia, even if it has been removed from the field of play, still wants to have an impact on world sport. Even if it means joining forces with a foreign country.

Why India? Firstly, the Asian giant has never yet been able to complete an Olympic bid. Its project for the 2024 Games was quickly abandoned. A declared candidate for the 2032 edition, the country was politely turned away after the IOC decided to retain only Brisbane as the preferred candidate, and then to choose the Australian city during the Beijing session last February.

India took the blow, before hinting that it would gladly bid again for the Games in 2036. No concrete official initiative has yet been announced, but the project of a multi-city bid is regularly mentioned. It would be based on Ahmedabad, the main city in the state of Gujarat.

As a reminder, India will host the 140th IOC Session next spring in Mumbai. The Indian authorities will no doubt use this opportunity to express their Olympic ambitions more clearly.

Another reason: a clear desire on the part of Russia to draw closer to India. Since the beginning of the conflict in Ukraine, India has become one of the leading importers of Russian crude oil. Once processed into fuel, it can be re-exported to Europe, indirectly thwarting the sanctions imposed on Moscow.

In New Delhi last week, Oleg Matytsin met very officially with Indian Sports Minister Anurag Thakur (pictured above). According to the Russian media, he proposed to his Asian counterpart to organise a friendly football match between Russia and India.

The two ministers also discussed closer cooperation in sport, including technical exchanges between players and coaches.

According to Oleg Matytsin, quoted by RIA Sport, the Olympic movement is behind the cancellation or postponement, as of 25 May, of 186 international sporting events planned in Russia for 2022-2023, including 36 major events. The list will continue to grow, and there is nothing Russia can do about it. But it does not intend to let this happen without trying to get its way.