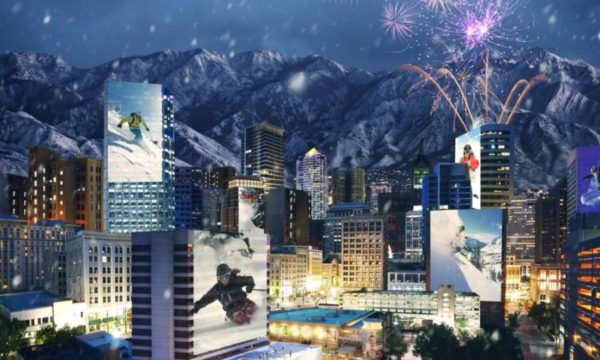 It was a good week for Sapporo. Japan’s bid for the 2030 Winter Games saw two of its rivals fall by the wayside. It certainly didn’t expect that much less than a year before the IOC’s decision.

Earlier this week, the Spaniards withdrew their Pyrenees-Barcelona project for good. They have given up. They will go no further.

On Thursday 23 June, Salt Lake City’s bid did not formally withdraw from the race. But comments from Susanne Lyons, the president of the US Olympic and Paralympic Committee (USOPC), suggest that the Utah project could very soon give up on the 2030 option and focus on the next edition.

“We will figure this out, but if we have a preference, it would be better for us to do 2034, she told the media after a recent visit to the IOC headquarters in Lausanne by a US delegation. So I think in Salt Lake, the Bid Committee is realising that we are in an absolutely fantastic position for 2034 but we may still be called upon for 2030.”

The message is clear. The Americans are not giving up on the Winter Games in 2030. Not yet. They say they are ready to continue the adventure if the IOC asks them to. But their best option, which is already presented as a near-win, is to carry over their efforts to the next edition.

According to Susanne Lyons, there are many reasons for this. The first one is well known and is economic. Hosting the Winter Games in Utah just two years after Los Angeles 2028 could open the door to a 2028-2030 package for some partners, but the challenge is immense.

“It’s very realistic to say that given the inflationary situation that’s happening, the tough commercial markets we face, it certainly is more complicated for us to host the 2030 games and try to raise the money that is needed for both LA and for Salt Lake,” acknowledges Susanne Lyons.

The other, less expected obstacle is more political. The USOPC president, who reached the end of her term of office this year, said on Thursday 23 June that during her visit to Lausanne she had discovered an IOC that was still marked by the American diplomatic boycott of the 2022 Winter Games in Beijing.

There is still some discontent within the IOC, not with the USOPC or the Salt Lake City bid committee, but with the US government,” said Susanne Lyons. His position at the time of the Beijing Games was seen as a lack of support for the IOC.

In particular, the Olympic body did not like the fact that the US Congress summoned some of the Games’ global partners to ask them to explain their presence in Beijing 2022 and their position on the issue of human rights in China.

Is the matter closed? Almost. According to its president, the USOPC has received “very, very favourable signs” for its plan to bid for the Winter Games in 2034, should the IOC choose another city for 2030. “What could potentially still make us a candidate for 2030 really depends on what other bids are in the running, said Susanne Lyons. I think the IOC is now waiting to see what the other countries will present and can offer.”

With the official withdrawal of the Spanish, and a longer-term strategy from the Americans, the race for the 2030 Winter Games is shaping up to be a two-way game. In the lead, Sapporo. Some distance away. Vancouver.

The Canadians are participating in the dialogue phase with the IOC, but have not yet formally decided to go all the way. They are still discussing it. But the withdrawal of the Pyrenees-Barcelona file, and the words of Suzanne Lyons, could encourage them to speed up the process.

Thomas Bach announced last month at the close of the 139th IOC Session that the Executive Board would designate a bid next December to continue the dialogue phase. It will not be Spanish, and probably not American either. The list is getting tighter.