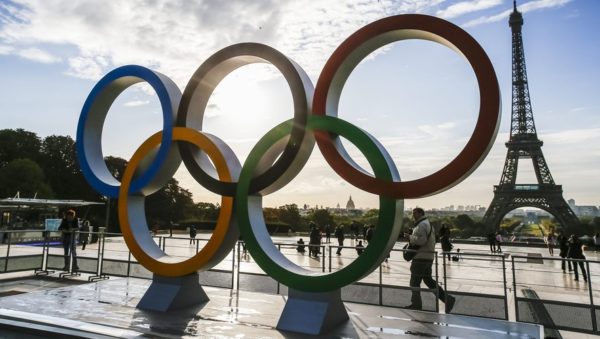 With two years and a few weeks to go before the opening, the Paris 2024 Games organising committee is continuing to play the venue card with general manners on a battlefield model. The game of musical chairs continues. With more than half a dozen sports and disciplines on the table.

At the top of the list is basketball. Still without a permanent home for the preliminary phase since the abandonment of Hall 6 of the Parc des Expositions at Porte de Versailles, it seems destined to take possession of the Pierre-Mauroy Stadium in Lille (27,000 seats). The first part of the Olympic tournament would swap with its handball counterpart, initially housed in the north of France for the entire competition. Handball would occupy Hall 6 of the Parc des Expositions (7,000 spectators) in the first week.

After the preliminary stages, the two sports would cross paths again. Basketball would head to Paris to play the second part of the tournament in Bercy, starting with the quarter-finals. Handball would go in the opposite direction to settle in Lille. A standard exchange, in short. In both cases, the players would be housed in a local Olympic village, located 8 minutes from the Pierre-Mauroy stadium.

The Paris 2024 OCOG explained on Tuesday 21 June that the option of an “exchange” between handball and basketball ticks all the boxes. Its additional cost is neutral, or at worst very low. It does not require the displacement of another sport by a domino effect that is always unwelcome at this stage of preparation. It allows handball and basketball players to play part of their competition in Paris. Finally, it pleases the International Handball Federation.

All the boxes, therefore, except one: FIBA has not yet given its green light. The discussions are continuing,” explains the Paris 2024 OCOG. They also involve the IOC, whose sports department is involved.

The international basketball body has never hidden its desire to stay in Paris from the first to the last day. Ideally, it would like to occupy Bercy for the entire competition, or even the Arena at Porte de la Chapelle. But the AccorHotels Arena is dedicated to gymnastics in the first week of the Games. The Porte de la Chapelle Arena will host badminton. And it is not the OCOG’s intention to plan a move.

Officially, the OCOG has not set a date for a final decision. It will in any case be up to the IOC. But the organisers hope to present a finished product at the next board meeting, scheduled for 12 July.

Another issue is the shooting. It was supposed to occupy a site currently being developed in Seine-Saint-Denis, the Essences site in La Courneuve. But recent studies have revealed that the available space was not sufficient, unless it encroached on a protected area, with the inevitable risks of appeal and the prospect of delays.

Barring an unlikely turn of events, the shooting will therefore leave Seine-Saint-Denis. The preferred, but not yet definitive, option is to send it to Châteauroux, in the Indre department. He will take possession of the National Shooting Sports Centre. According to the OCOG, the International Shooting Federation (ISSF) is pushing in this direction.

Seine-Saint-Denis, which has already lost its swimming race, will lose a new sport. A low blow? The OCOG assures the contrary. In the new configuration proposed, the sports project is stronger,” says the organising committee. We were able to turn a constraint into a positive element.

How did we do this? By recovering boxing. In its latest version, the map of sites provides for the preliminary stages of boxing in Seine-Saint-Denis. They could inherit a new site, in the commune of Villepinte. For the finals, boxing would return to its original playing field, the Roland-Garros stadium, which it would share with tennis. The new Villepinte site would also be used for sitting volleyball and the initial session of the modern pentathlon, dedicated to fencing qualifications.

Another gain for Seine-Saint-Denis: the start of the Paralympic marathon and the mass cycling event, open to the general public.