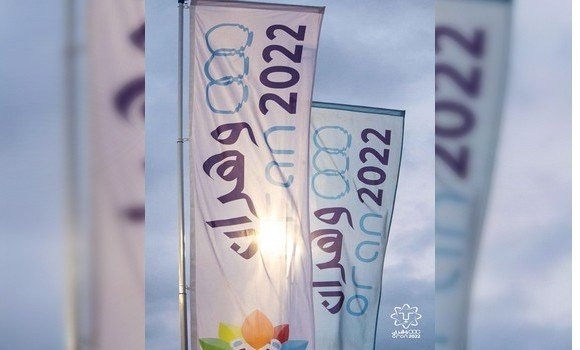 A busy sports calendar that threatens to break up has pushed them to the back burner. But the Mediterranean Games begin this weekend in Oran, Algeria (25 June to 5 July). Originally scheduled for 2021, they have been postponed by a year due to the health crisis.

Twenty-six nations, 24 sports, more than 3,000 athletes and nearly 5,000 volunteers are mobilised. Strong. But the event struggled to shake off one question: what place do the Mediterranean Games have in the sports movement today?

Bernard Amsalem, vice-president of the International Committee of the Mediterranean Games (ICMG), in charge of the coordination commission for more than two years, answered FrancsJeux’ questions.

FrancsJeux: How are the 2022 Mediterranean Games in Oran looking?

Bernard Amsalem: A lot of effort has been made by the Algerian government for this event. Several new facilities have been built, including a 45,000 seat stadium for athletics and football. Several others have been renovated. Their architecture is very successful. The legacy of the Games has also been considered. For accommodation, the University City of Oran was renovated, with a capacity of 4,000 beds for the foreign delegations. Eurovision has also made an effort, within the framework of its contract with the International Committee of the Mediterranean Games (ICMG), with 84 hours of live broadcasting in 16 countries, compared to only 4 during the previous edition in Tarragona. Everything is well structured and perfectly timed. The Games should go very well.

Is the participation up to scratch?

We have registered the participation of 3,434 athletes from 26 countries, that is to say about 6,100 people with the officials and coaches. All countries and all sports have played their part. The only exception was equestrian. We were planning to withdraw it from the programme, but we finally kept it because the Oran region has a long equestrian tradition. But the international federation (FEI) did not choose to include the event in its calendar. As a result, only 11 countries will be present, while the organising committee will cover the travel expenses of the horses. Several major equestrian nations will not participate, such as France, Spain and Italy.

In such a busy sporting calendar, what can we expect from the Mediterranean Games in terms of performance and level of competition?

The competition is tough, especially this year. As we know, this is not a world championship level event. But in several sports, such as wrestling, judo or weightlifting, where qualification for the Olympic Games is based on the world ranking, Oran 2022 allows you to gain points. In athletics, the line-up is an interesting mix of young hopefuls, for whom the event will be a first international experience on their way to Paris 2024, and much more experienced athletes. The French selection, in particular, includes the likes of Alexandra Tavernier in the hammer, Thomas Jordier in the 400m, Yohan Kowal in the half-marathon, Ludvy Vaillant in the 400m hurdles, but also 110m hurdles hopeful Just Kwaou-Mathey, who has just beaten his personal best in 13 sec 27.

The preparation of the event does not always seem to have been very smooth. You yourself sounded the alarm last year about the delays in the organisation…

The Oran Mediterranean Games are financed by the Algerian government. Inevitably, there were delays due to the slowness of certain state services and the administrative heaviness, especially for the calls for tender. We were worried. But everything was settled last November with the arrival of Mohamed Aziz Derouaz at the head of the organising committee. He was a great handball player, an international, and a former Minister of Sports. In two months, he has put things in order. He unblocked everything, including communication, digital… Today, everything is in order. The Algerian authorities attach great importance to this event. In terms of image, of course, but also in terms of heritage. The new or renovated facilities should contribute to the development of sport, especially among young people.

What place can the Mediterranean Games have in an increasingly busy international sports calendar, where multi-sport events are becoming more and more numerous?

The Mediterranean Games were created in 1951. This is the 19th edition. The time has come to rejuvenate them, with the addition of new sports. Urban disciplines, as a priority. In Oran, teqball is being demonstrated. We must go further, to rejuvenate the image, the public and the participation. We will discuss this in November at the ICMG general assembly. For future editions, the programme must take into account the evolution of society.

What does the future hold for the event?

The next edition has already been allocated. It will take place in 2026 in the Italian city of Taranto. We had received only one application. The choice was all the more logical as the new ICMG president, Davide Tizzano, is Italian. For the next one, in 2030, the call for bids and the decision will be made in 2024. I would love to see a French bid. France has not organised the Mediterranean Games since 1993. It could present a very beautiful project, between Marseille and Nice. It would fit in very well with the legacy of the Paris 2024 Games.