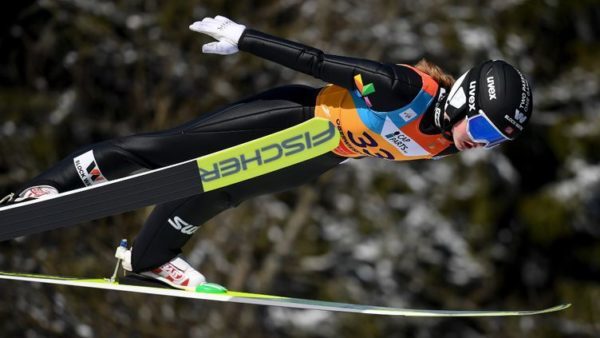 Will a historic discipline of the Winter Games soon disappear from the Olympic programme? The question is spreading like wildfire in the world of Nordic combined. But the answer is still not clear.

On Friday 24 June, the IOC Executive Board is due to meet in Lausanne to discuss the programme of events for the 2026 Winter Games in Milan-Cortina. The future of Nordic combined, which has been present without interruption since the 1924 Games in Chamonix, will be discussed and debated.

It is important to note that the discipline is the last on the Winter Games programme to be contested only by men. This is a major drawback at a time when the IOC is pushing hard for parity in the Olympic Games, both in winter and summer.

According to several sources, two options are on the table.

The first and most optimistic option is to add a women’s Nordic combined event to the 2026 Milan-Cortina Games. This has the advantage of establishing the parity desired by the IOC. But it would result in an increase in the number of athletes, which is always unwelcome in these times of cost control and the hunt for gigantism.

The other option? A pure and simple withdrawal of the Nordic combined from the next Winter Games, sacrificed on the altar of gender equality. The worst case scenario.

With one week to go before the IOC Executive Board meeting, rumours are swirling between the two camps. Anything is possible. The worst would not be excluded.

Bill Demong, a member of the board of directors of the US Nordic Ski Federation (USA Nordic), told the Associated Press: “What I heard loud and clear in back channels is that the solution to take care of the gender equity dirty secret is to take men out of the program for 2026.”

At the International Ski Federation (FIS), the head of the discipline, Lasse Ottesen, is also reduced to speculation. “Such an eventuality would be tragic,” he says. But he asks: “What would happen if the IOC refused to include women in the Milan-Cortina 2026 Games? What would happen to the men’s Nordic combined?”

It is difficult to answer before the Executive Board meeting. But it seems difficult to imagine the IOC maintaining an all-male sport in an event where gender is a priority.

The feminisation of Nordic combined is already underway. A women’s World Cup has been set up by the FIS. In the last season, there were almost 40 female competitors. A women’s event is contested at the World Championships.

“There is no reason why we shouldn’t be at the Olympics, says Ida Marie Hagen of Norway, who is second in the overall World Cup standings. The level is getting higher and higher. The participation is increasing and becoming more and more universal.”

In 2018, the FIS tried to force its way into the Beijing 2022 Games by asking the IOC to add a women’s Nordic combined event. Its request was rejected. The body’s sports director, Kit McConnell, explained at the time that he needed to know more about the universality and technical level of the discipline.

Four years have passed. Combined women have gained ground, but their Olympic future remains unclear. Will they be invited to Milan-Cortina 2026? Or, conversely, will they be joined by their male counterparts in the exclusion camp? The answer will be given at the end of next week.