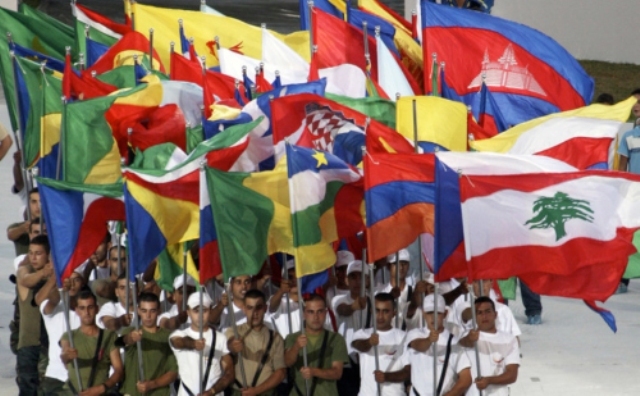 It’s about time. Two years and a handful of weeks before the Paris 2024 Games, the French-speaking world of sport is waking up and shaking itself. Since the beginning of the year, three new sports have created a Francophone association, two of them Olympic.

Fencing initiated the movement with the launch, in mid-March, of the Alliance Francophone d’Escrime (AFE). Surfing followed, announcing the birth of the Union Francophone de Surf (UFS). Squash also got on board, with the creation of the Squash and Francophonie association in early spring.

Another sign: the organisation on 7 and 8 July in Paris of an exchange seminar, ‘Towards a multilateral and structured Francophonie in sport’, at the initiative of the International Organisation of the Francophonie (OIF).

FrancsJeux: Why did you create now, in 2022, a French speaking squash association?

Jacques Fontaine: The idea was in the air for a while. But it took a combination of circumstances to make it happen. I am now discharged from certain mandates in international bodies, because of the age limit, and therefore more available for such an initiative. At the same time, the new president of the African squash confederation, Lucky Mlilo, was motivated by the project. He urged me to go ahead with it. We said to ourselves that the time had come to organise the Francophonie of squash.

What is the objective of this association?

First of all, to gather the good wills and to re-motivate some French-speaking countries. Then, we aim to structure the activity and the practice, via training, the supply of equipment and the reception of athletes, coaches and officials. Squash can also accompany the renewal of the French-speaking world of sport. Twelve sports now have a Francophone association, three of which were created this year in the space of a few weeks.

What does Francophonie represent today in the world of squash?

Not much. Our sport is run by English speakers. This domination by the Anglo-Saxon world is a major problem in squash. The Anglo-Saxons try to control it rather than to develop it. I was able to see for myself during the last Commonwealth Games, on the Gold Coast in 2018, all that this event could bring to the sport, especially in financial terms. But the future of squash depends on the development of the sport in non-English speaking countries. The French-speaking area, but also South and Central America, and Western China. The French-speaking world will not solve everything, but it can serve as a spur for the rest of the world, in particular the Hispanic countries and China.

Are you suggesting that the development of sport is held back by the omnipresence of the Anglo-Saxons?

Of course it is. We have failed five times in a row to get into the Olympic programme. That’s no accident. We won’t make it without a more international development. Squash is not a universal sport today. To participate in the world championships, you only need to be able to afford the travel and participation fees. We need to broaden the base. To do this, the French-speaking world can serve as an example for other nations.

Do the two universes, French and English speaking, really have a very different approach to the sports movement?

Absolutely. They are not the same worlds. The Anglophone community is more powerful and developed. But it cannibalises the sport movement with its vision and its methods. The Commonwealth, but also the United States. We cannot risk becoming Americanised in the broadest sense of the word. This power of the Anglophone community is one of the problems of sport in the future. The Anglo-Saxon model does not necessarily correspond to everyone, to the hundreds of millions of practitioners in the world.

Can the Paris 2024 Games help to redress the balance?

Absolutely. We can make it a platform. These Games are a unique opportunity, an opportunity not to be missed. They can serve to revitalise the French-speaking world of sport, broaden its vision and reposition it. We must not miss the boat, because such an opportunity will not come again soon. The world is not only Anglo-Saxon and Anglophone.

How can we explain the revival of the French-speaking world in sport?

The prospect of the Paris 2024 Games, no doubt. And, moreover, several founding elements. In fencing, the arrival of Sylvie Le Maux, who has long been involved in Francophone sport, as director general of the French federation. In surfing, the presence of Jean-Luc Arassus, the former president of the French federation, on the executive committee of the international body (ISA). Finally, my more active involvement in the French-speaking world after the end of my international mandates.