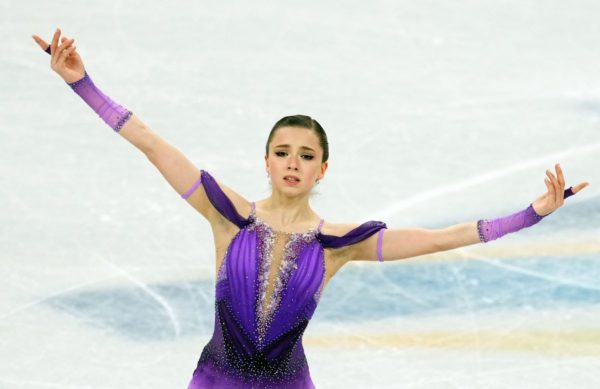 It announced it. Now it has acted on it. The International Skating Union (ISU) took advantage of the second day of its annual congress, on Tuesday 7 June on the island of Phuket (Thailand), to implement a reform that had been planned since the end of the Beijing 2022 Winter Games and the turbulence of the Kamila Valieva affair. It raised the minimum age for male and female figure skaters in senior competitions by two years.

From now on, you must be at least 17 years old to enter the ice. Until now, skaters aged 15 and 16 were allowed on the circuit. Fifteen is the age of the young Russian skater Kamila Valieva, favourite for the Olympic title last February in Beijing, but who was swept away by a doping affair with worldwide media impact.

Submitted to the ISU Congress for approval, the reform was approved by delegates from 100 countries. It will be applied in two stages. The minimum age will be raised to 16 for the 2023-2024 season and then to 17 for the following season (2024-2025). The change in regulations had already been approved by the body’s medical committee.

Its objective? Officially, to protect the physical and mental health of young athletes, especially female skaters, who are sometimes launched into the international arena at a very young age. But, beyond this laudable desire, the ISU had to mark the occasion after the Kamila Valieva affair.

Its Director General, Fredi Schmid, made this clear at the opening of the Congress: “The credibility of the UIS will be tested. The media and the public will be watching us very closely.”

The announcement of the result of the ISU delegates’ vote did not surprise anyone. A survey conducted by the ISU Athletes’ Commission over the past few months revealed that 86% of the 1,000 skaters and coaches surveyed were in favour of raising the minimum age.

But the soon-to-be ex-ISU president, Jan Dijkema of the Netherlands, welcomed the reform with open arms. “We have seen a historic decision,” he said. Jane Moran, the head of the medical committee, gave it a less political dimension. “It is your moral obligation and duty to provide these young skaters with the opportunity and time to develop the skills they require in order to be successful at the senior level, she suggested to the voters. They have the right to develop as people during their teenage years. They don’t need us to force them to compete.”

For Katarina Witt, the former legend of the discipline, a two-time Olympic champion in the colours of the GDR in the 1980s, the ISU has taken the right path. Congratulations on this historic decision,” she commented. This may put an end to one-time Olympic wonders, and an experienced skater will finally match my records.

But, without any real surprise, the Russian camp opposed the almost general satisfaction with the decision with a different tone. One thing is certain: the ISU’s decision was taken primarily to try to challenge the dominance of the young Russian skaters.

Former skater Alexander Zhulin, an Olympic medallist in ice dancing in 1994 and now a coach, is categorical: “The decision is mainly directed against us. It’s obvious to everyone that at 15-16 years old, our girls can’t be beaten.”

The same refrain from Sochi 2014 Olympic champion Maxim Trankov: “Only Russian girls can do quadruple jumps anyway, at any age.”

But former coach Tatyana Tarassova told TASS agency: “If the age is up, it’s up. We will win anyway.”