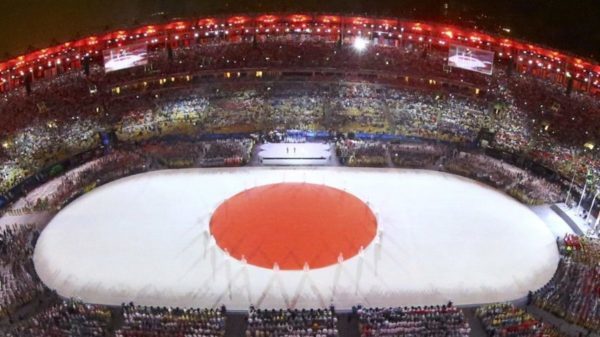 Who can stop Sapporo? With less than a year to go before the presumed designation of the host city for the 2030 Winter Games, announced for the IOC Session in June 2023 in Mumbai, the Japanese bid continues to make good progress.

One by one, it is even removing the obstacles that could have slowed its pace, or even thrown it into the ditch. The last one to come up was a big one: a referendum. The nightmare of all bid committees.

The idea of a popular consultation was not long in the minds of the project’s sponsors. Last March, a few weeks after the end of the Beijing 2022 Winter Games, the mayor of Sapporo explained at a press conference that he did not plan to go to the polls.

Katsuhiro Akimoto suggested at the time that the popular support expressed in the polls – between 52% and 65% in favour – was enough to spare him the strain of a vote. “There are no plans to hold a referendum on the Olympic and Paralympic Games,” said the city’s first elected official.

Nevertheless, the municipal opposition pushed in the opposite direction. In recent days, the Japanese Communist Party has submitted an ordinance for the organisation of a popular consultation. One of its elected officials in Sapporo, Hitoshi Murakami, explained that the polls conducted by the ruling team had no credibility. Organised shortly after the end of the last Summer Games, they would have taken full advantage of the Tokyo 2020 effect.

On Monday 6 June, the Sapporo city council met to examine the ordinance tabled by the communist group. Controlled by the Liberal Democratic Party, which is also in power at the national level, it rejected the idea of a referendum on the bid for the 2030 Winter Games without any surprise.

The obstacle is therefore removed. Barring an unlikely turn of events, the Sapporo 2030 project will not pass the test of a vote. Its main rival, Salt Lake City, will also avoid a public consultation. But the Americans are making no secret of it: they are eyeing the 2030 Games, but without taking their eyes off a less immediate objective, the 2034 edition. A two-speed strategy that could do them a disservice.

The other candidates? Vancouver has still not formally applied for the Games, despite the creation of a team to study the feasibility. As for the Spanish Pyrenees-Barcelona, they are still trying to reconcile the representatives of the two regions concerned, Catalonia and Aragon.

For Sapporo, the way seems to be very clear. A group of anti-Games activists is trying to mobilise public opinion, claiming that the Olympic Games would plunge the city into the red, with an estimated total cost of 12,000 euros per inhabitant. Its leaders are calling for a public demonstration on Sunday 12 June. But the movement seems to lack momentum and support.

The IOC hinted last month at the closing day of its 139th session that the host city for the Winter Games will be decided next June in Mumbai. But Thomas Bach explained: “The Executive Board is expected to make the decision on the Focused Dialogue at its December meeting.” One name will emerge. One name, no doubt, invited to continue the dialogue and move forward without anxiety towards victory. With six months to go, Sapporo is at the top of the list.