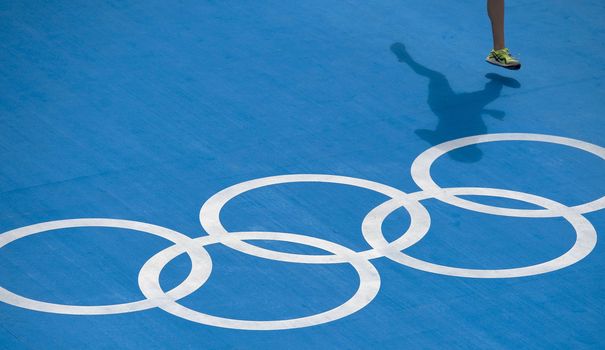 Global pandemic, war in Ukraine, inflation… For more than two years, major international sports events have not been spared from crises. The Olympic movement has been hit hard by them, without having anticipated their violence and impact.

Is this a bad alignment of the planets or a more lasting phenomenon? Teachers and students from the Sports Management School in Paris have dug into the question. They interviewed experts and actors of the French and international sports ecosystem. The result: a white paper with an evocative name, “Impact of crises on the organisation of major international sporting events.

FrancsJeux: The health crisis is now relegated to the background of the news, but are its effects still felt on the organisation of major sports events?

David Mignot: Yes, every event, regardless of its size, has to deal with COVID. It is not possible to do without a health protocol. And everything suggests that we will have to live with it. Organisers cannot ignore it, even if the pandemic is not as much of a media issue as it was in the last two years. Spikes in infection are still to be expected. In France, for example, experts predict them for October or November. For the sports movement, as for the rest of society, we will have to live with this sword of Damocles.

Is the year 2022 still marked by the effects of the health crisis?

The calendar is still in turmoil. Some events have been cancelled, others postponed, but they cannot be postponed indefinitely. It is not impossible that several competitions that have already been postponed several times will disappear from the calendar. The position of China, where all events scheduled for 2022 have been cancelled or postponed apart from the Beijing Winter Games, is a serious blow to the international sports movement. It is one of the lungs of the movement. By closing its borders, it is upsetting the international calendar. The future looks uncertain and difficult, with the risk that certain brands will review their partnership strategy and hesitate to commit themselves as they did in the past.

Another crisis, a political one, is the war in Ukraine. Could it lead to an upheaval in the international sports movement and its events?

We saw it with the last Champions League final at the Stade de France: the sanctions against Russia have multiple effects, with the cancellation of events planned in the country and their sometimes hasty relocation to other nations. Russia was already sidelined, particularly at the Olympic Games, for reasons of doping. The war in Ukraine amplifies the phenomenon. Its consequences are not only felt on the calendar. The impact on the athletes is considerable. They may have to leave Russia to continue their careers. At the same time, its invasion by the Russian army is destroying Ukrainian sport, its athletes, its competitions and its practice. Without Russia and Ukraine, the international sporting landscape is not quite the same.

Your white paper reviews the crises affecting the sports movement and its major events. However, the biggest events on the world calendar are still as coveted as ever…

That’s true. Major events still attract candidate countries. But organising the Olympic Games or a football World Cup allows the host country to benefit from media attention that is well worth the investment. For 3 or 4 billion dollars, the communication is global and lasts for several years. Moreover, these major events are formidable accelerators in a country, in terms of transport and urban planning, sports practice, detection and preparation of athletes. The Games can transform a country or a city on a scale and at a speed that is difficult to achieve elsewhere.

The forthcoming Games – Paris 2024, Milan-Cortina 2026, Los Angeles 2028 and Brisbane 2032 – reveal a clear choice by the IOC for sure things, to the detriment of opening up to emerging nations. Is this an inevitable trend?

Despite Agenda 2020 and its extensions, the Games are still very expensive. Faced with risks, both economic and political, the IOC prefers to play it safe and stable. Going elsewhere, to countries that are new on the Olympic map, means exposing oneself to difficulties. The IOC is not interested in this. It prefers to work on the legacy and on rejuvenating the disciplines and the public, rather than taking risks with the host countries. Unless there is a dramatic reduction in the budget for the Games, I don’t see this trend being reversed in the coming years.

What could be the next crisis, the biggest threat to the sport movement and its major events?

It is difficult to anticipate, but it could well concern the athletes. Athletes and their health. They want to go further and further in their performance. The public expects them to achieve feats and records. They want more. At the same time, brands are engaged in a technological battle to improve performance. The latest illustration came at the Tokyo Games, with shoes with carbon soles. With advances in medicine, technology and artificial intelligence, the phenomenon is likely to grow. But we should not forget the human dimension of athletes and their disciplines.