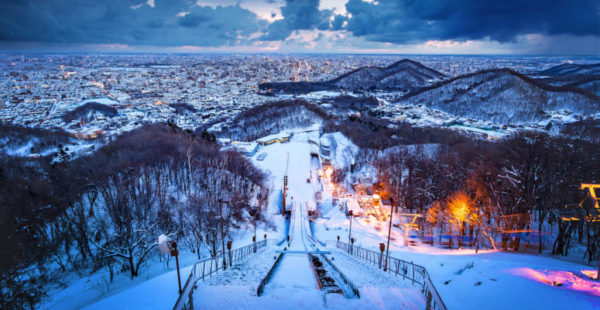 One year. Twelve months and a handful of days. The candidate cities for the 2030 Winter Games now have a clearer picture of how far they have to go before the final decision is made. And, more importantly, how long the journey will be.

The IOC announced at the end of last week, on the third and final day of its 139th Session (which began and continued last February on the sidelines of the Beijing 2022 Games): the choice of the host city for the 2030 Winter Games should be known at the next Session. It is scheduled for spring 2023 in Mumbai, India. It will start on 30 May.

Christophe De Kepper, the IOC Director General, explained this on Friday from Lausanne: “The [IOC Executive Board] yesterday received a progress report from Octavian Morariu, Chair of the Future Host Commission of the Olympic Winter Games. The EB acknowledged the thorough ongoing work by the future host commission and some strong value proposals which may lead us to be in a position to elect a host for the 2030 Games at the 140th IOC Session in Mumbai next year.”

For the first time, the IOC is therefore bringing forward the date of spring 2023 and the Mumbai Session. The IOC is referring to a very high probability of what was previously discussed in the corridors: the winner of the race for the 2030 Winter Games will be announced in a year and a few days.

Announced, therefore, with drum rolls, false suspense and official speeches. But surely it has already been known for several months. Thomas Bach confirmed it in a press conference on Friday 20 May, at the end of the session: the IOC will respect the selection process used for the Summer Games in 2032 and the designation of Brisbane. The Executive Board will choose one or more bids to continue a “focused dialogue“. The Mumbai session will then confirm the winner.

Thomas Bach explained: “The Executive Board is expected to make the decision on the targeted dialogue at its December meeting.” Barring a huge surprise, the winner will then be known. It should not change anymore.

For the Summer Games in 2032, Brisbane was the only city called upon to continue the adventure. For the winter 2030 Games, the IOC has not yet revealed its intentions, but everything suggests that the scenario will be identical.

Time is running out, therefore. With the timetable unveiled by the IOC at the end of last week, the applicants now have less than seven months in which to submit their application.

Christophe Dubi, the executive director of the Olympic Games, acknowledged that the IOC had received “very solid proposals”. The summer and autumn will be decisive for both sides. But with such a long time frame, the chances of the four candidates do not seem to be equal.

For Sapporo, the rest of the way looks clear. The Japanese have made it known that they will not hold a referendum on the bid. Their arrangements are in place, with several events in Nagano, host city of the 1998 Winter Games. Their budget has already been revised downwards once. Sapporo seems to be leading the race and is emerging as the favourite to be chosen next December to continue the “focused dialogue“.

In Salt Lake City, things are also progressing well, especially in recent months, but the Americans are still hesitating between 2030 and 2034. The IOC may suggest that they focus on the second of the two options, to avoid commercial competition with Los Angeles 2028.

The Olympic body makes no secret of the fact that the new process for selecting host cities allows for all scenarios, including a double vote as with Paris 2024 and Los Angeles 2028, or a very early designation as with Brisbane 2032. Guaranteeing the Americans a victory in the race for the 2034 Winter Games this year would certainly not upset Thomas Bach. As the German said last Friday, referring to the next Summer Games to be awarded: “We already have a significant number of interested parties around the world for the Games in 2036, and in some cases even for 2040. I can’t remember a time when we had such a large number 14 or 18 years in advance.”

For the other two contenders, Vancouver and Pyrenees-Barcelona, the next few months will be a race to the finish. The Canadians will have to complete their feasibility study without delay, and then show strong political support for a project that is still uncertain today. As for the Spanish, they will have to settle the political differences between Catalonia and Aragon.